Queen Victoria is taking over Buckingham Palace once again 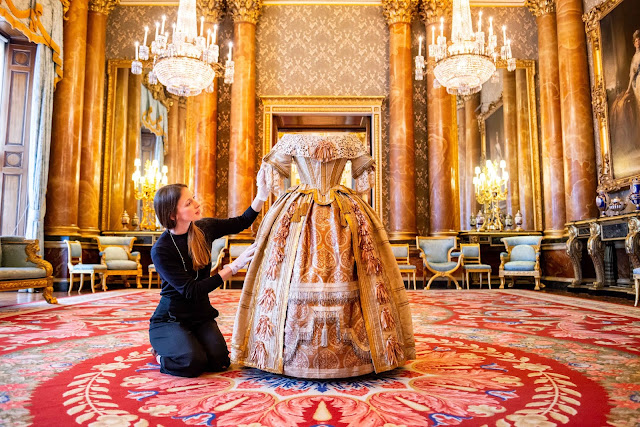 Queen Victoria is often remembered through the dignified photographic portraits of her later years: a short, plump monarch and dowdy widow who wore black for nearly 40 years mourning her beloved husband.

However, as part of the celebrations for the bicentenary of her birth, three exhibitions are putting the spotlight on the younger, fun-loving Victoria, remembering her childhood at Kensington Palace (with a revamp of the permanent exhibition, Victoria: A Royal Childhood); an examination of her more private persona, looking beyond her carefully-managed public image (Victoria: Woman and Crown, also at Kensington Palace); and her transformation of Buckingham Palace as the seat of the British Monarchy as we know it today (through an exhibition there titled Queen Victoria’s Palace).

Victoria: A Royal Childhood challenges certain preconceived ideas many people have. “The assumption is that the princess had quite a difficult childhood, but all the research points to the contrary. She had quite an enjoyable time at Kensington Palace. All her journals point to friends visiting her, riding a donkey, ice skating on the lake, playing in the garden with her half-sister,” says Claudia Williams, exhibition curator. 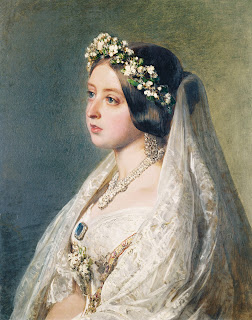 “She was quite a fiery little girl but her relationship with her mother, was a very loving one, at least in her early childhood.” Williams says, adding, “Her struggles with her mother only appeared later when she was a teenager and when Sir John Conroy tried to have her appoint him as private secretary.

The idea that in later life Queen Victoria didn’t care about her appearance, especially after Prince Albert passed away, is challenged by Polly Putman, curator of Victoria: Woman and Crown, who notes that “a closer look at her mourning dresses debunks this myth,” and while pointing out fruit basket embroideries on one of the many dresses on display she says, “They may be black, but they are definitely not plain.”

During her 63-year reign, Britain embraced innovations leading to a massive industrial transformation at home, while expanding its empire to the four corners of the globe. At home, Victoria, with Albert’s support, proved to be a moderniser turning a new royal residence, Buckingham Palace, into the heart of the British Monarchy, dramatically redesigning it to transform it into a rallying point for national celebrations and as well as a comfortable family home for a modern monarch. 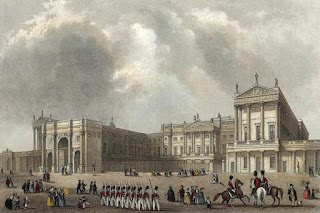 In 1837, just three weeks into her reign, the young queen moved into the then unfinished Buckingham Palace, determined to quickly begin a new life on her own terms. Conversion of the palace had been started by her uncle, King George IV, but no one had ever lived there as his successor, King William IV preferred the nearby Clarence House.

“Despite its unfinished state, the young Queen was delighted with her new palace. Shortly after she moved in, Victoria recalled [in her daily dairies] how much she liked Buckingham Palace’s ‘high, pleasant and cheerful’ interiors and the large garden, which her dog, Dash, was particularly taken by,” says Lucy Peter, Assistant Curator of Paintings, Royal Collection Trust. 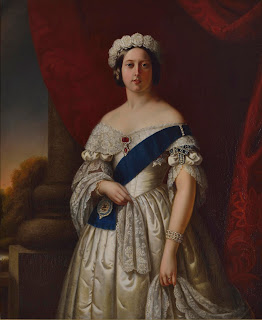 Following their wedding in 1840, the Queen’s private apartments on the north side of the palace were remodelled to accommodate the Prince Consort, Prince Albert of Saxe-Coburg and Gotha. Victoria and Albert each had private sitting and dressing rooms while the Queen’s suite also contained a room for her Dresser and an audience room for conducting state business.

But as early as 1845, Victoria felt the palace was becoming too small to accommodate her rapidly growing family and plans were drawn up to alter and expand the palace to the form we know today, with a new East Wing enclosing what had previously been a U-shaped courtyard and sporting what would become the outward face of the modern British monarchy: the central balcony.

Queen Victoria was young, energetic and ambitious, and she was also an accomplished musician, singer and dancer, and her passions would help shape the palace and its rooms. An enormous new ballroom was added, along with a new kitchen that would help cater for the large number of guests the royal couple would regularly entertain. One of the large events held in the magnificent ballroom was the Stuart Ball of 1851 and the evening gown worn by the queen will be one of the highlights on display as part of the Queen Victoria’s Palace exhibition. Designed by the artist Eugene Lamit, the dramatic grey silk moiré costume is trimmed with gold lace while the underskirt is made of gold and silver brocade. 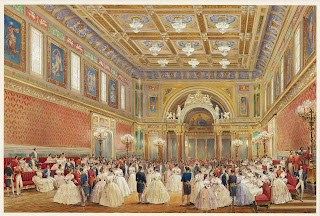 Peter notes that Prince Albert played an important role in the remodelling of the palace, pointing out for example that a number of the drawings contained within an album of Sir James Pennethorne's plans for the improvement of the palace, have been annotated ‘Approved Albert’ in the top right-hand corner. “Similarly, during the final phases of building the east front, we know that Albert worked closely with the Queen’s Clerk of Works to integrate the fittings and furniture from the Royal Pavilion, Brighton, into Blore’s new spaces,” she says, adding, “Albert also took a particular interest in the organisation of the royal household.”

As well as the dress worn by Victoria to the Stuart Ball, the exhibition at Buckingham Palace includes the Supertunica, a full-length embroidered coat made of gold silk cloth worn by Queen Victoria at Westminster Abbey during her Coronation in 1838. There is also a cradle made for Princess Louise, and a tabard that is believed to have been worn by a Page at the Plantagenet Ball held by Victoria in 1842. 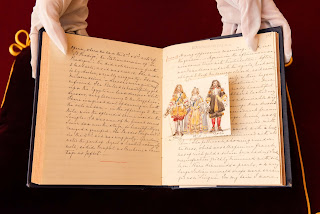 Many more rare outfits and jewels worn by the queen are on display at Victoria: Woman and Crown. And among some of the queen’s many mourning outfits on display is a rare bodice with a white patch on the neck. “We think it was to show her dresser how dirty her black dress was, because it was otherwise hard to tell,” Putnam explains. 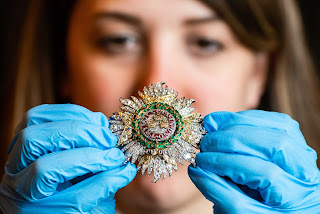 
A version of this story was first published in Prestige July Edition, 2019