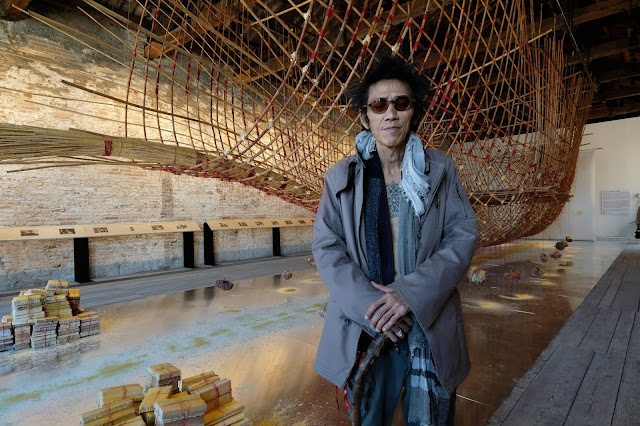 For the past 18 years, artist Zai Kuning has been investigating Malay history and culture, in particular the lesser-known narratives of the orang laut (semi-nomadic indigenous fishermen who live along the coastlines of the Riau Archipelago), mak yong (a disappearing traditional form of Malay dance-drama) and the pre-Islamic history of the Malays.

His dedicated research culminated last year with a much-lauded, large-scale  installation at the 57th Venice Biennale, which is now on view at 72 13, Singapore, an art space that may be better known as the home of TheatreWorks. Dapunta Hyang: Transmission of Knowledge features a 17-metre-long suspended phinisi boat skeleton made of rattan, string and wax that seemingly floats over piles of
books. The ship is a representation of the imaginary vessel of Dapunta Hyang Sri Jayanasa, the first ruler of the Srivijayan Empire as he went on his journey to unite the Riau Archipelago. But this looming symbol of a mighty empire that controlled modern-day Indonesia and much of the Malay Archipelago between the 7th and 13th centuries contrasts with the books sealed in beeswax and thus never to be opened, reflecting a history that has been lost. The installation dominates the room though visitors’ eyes will soon be drawn to the surrounding photographic portraits of contemporary mak yong performers, the last witnesses to a fast disappearing culture. 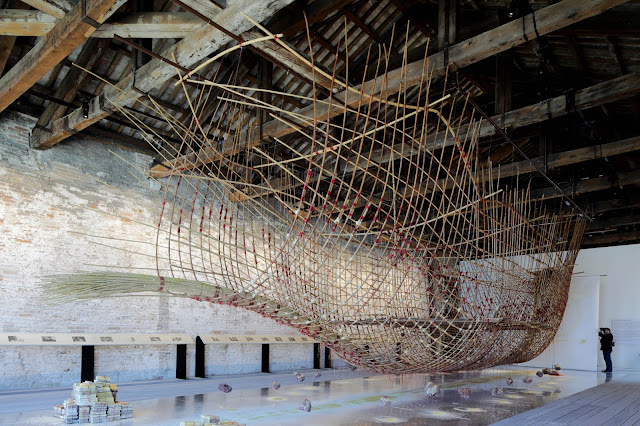 “I know for some artists a subject can only last for one or two months and then they move on, same with theatre companies, after you do Shakespeare you move on to something else. I don’t mean this is bad, but for artists like myself that are more research-based, sometimes you can’t give up so easily. You need time to be able to articulate what you want to say,” Zai says about his long-held interest.
“This history is in the dark. I feel if I write just one book it will still live in the dark of a library. I want to make his name (Dapunta Hyang Sri Jayanasa) well known. Most people, even Singaporeans, don’t know how far back the Malay history starts,” he adds.

“Over the years, we’ve seen a deepening of Zai’s vision and through the various strands of his art works and performances, Zai shared his dream. He’s uncovered a myriad and complex cultural map of the Riau Archipelago, which very much influencedthe cultures and history of what is present day Southeast Asia,” says Tay Tong, managing director of TheatreWorks, which supported Kuning’s early research into the subject in 2001. 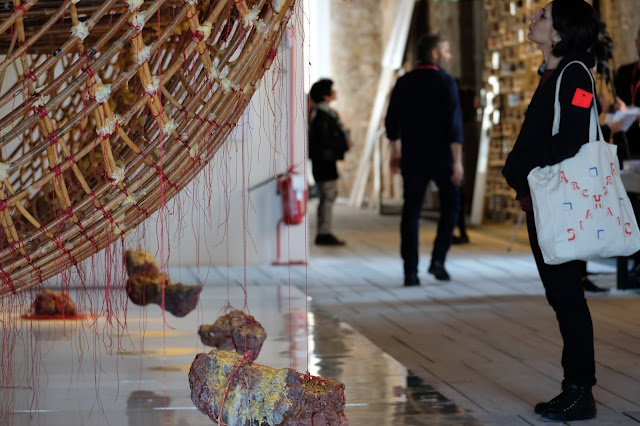 Zai describes himself as a “village boy” recalling fondly his childhood in a Bugis village near Pasir Panjang where he grew up amongst artists – his father was a maestro of Ghazal music and his mother, a Malay traditional dancer, who performed in 1950s-1960s black and white films.

Feeling clay was the material he had the most connection with, having play with it as a child, he studied ceramic sculpture at LASALLE College of the Arts though his interests were varied. Upon graduation in 1989, he was awarded a grant to study in Bali under the prolific Indonesian philosopher-novelist Sutan Takdir Alisjahbana. This early experience had a major influence in Zai’s practice. Closely observing
rituals and seeing Balinese priests easily moving between disciplines showed him “there was more than one door” in front of him and helped the artist find the real meaning of “being multidisciplinary.” 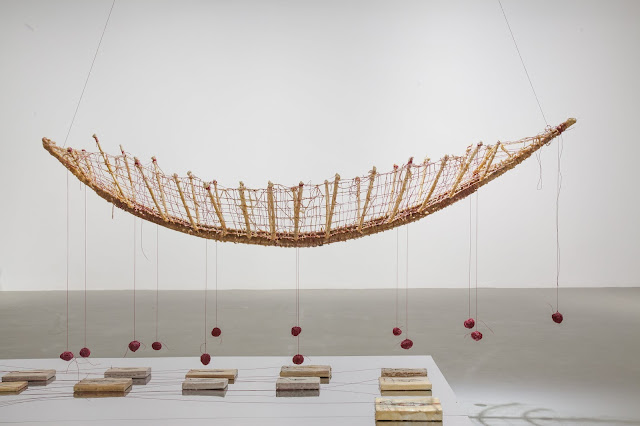 Between 1992 and 1999, Zai lead the Metabolic Theatre Laboratory (MTL), a research-oriented dance theatre company, where he collaborated with artists such as dancer Motofuji Akiko and composer Tetsu Saitoh. While in Bali, Zai had learned to use his body as a tool and he started to explore physical movement as well as learning language related to Southeast Asian rituals, incorporating both in his practice. “At that time I was working with Kuo Pao Kun more on theatre-based performance. Performance art and theatre have quite different languages, but I like the systematic approach to the body that theatre offers. You have to exercise, you have to do a lot of physical studio work before actually performing and I enjoy that process,” he says.

But Zai did not enjoy the management side of running a theatre company so much and eventually decided to return to a solo career. Thinking about his childhood, he started to research the orang laut, whose ancestors were among the earliest recorded inhabitants of Singapore. “I remembered them from when I was growing up, seeing them by the beach near the village I grew up. And I wondered what had
happened to them, where they were and so I decided to look for them,” he recalls. 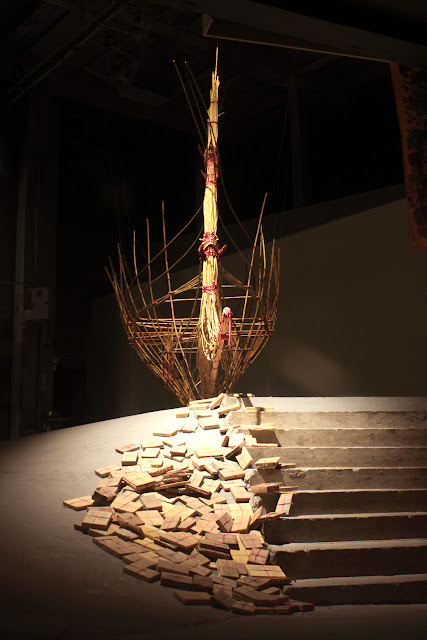 Zai’s journey into Singapore’s past started with trips to the Riau islands in search of the orang laut, who move fluidly from one location to another according to the seasons. As he finally connected with them, he was shocked to discover the level of poverty in which the descendants of these first
Singaporeans now live, having, in his eyes, been robbed of their natural resources by progress and development.


His deep-diving investigations into the orang laut has led the artist to create the series of drawings "Brutality of Fact,” compose several pieces with acoustic guitar, write a novel titled "Segantang Lada" (translated to "a bunch of chilies"), and produce in 2005 a short film "RIAU," which was screened at the Busan International Film Festival, the International Film Festival Rotterdam, and the 3rd  Fukuoka Asian Art Triennial.

While the film was highly praised and acquired by several institutions, it also marked Zai’s change of focus from the orang laut to a more general artistic inquiry on broader Malay culture and history, which he feels is either misunderstood or forgotten.

“This subject needs several art forms to tell its story and that’s why I keep changing my hats and why I want to continue exploring; and I think I need many more years,” the artist quips.

Zai is now planning to spend the next two years on a new film project that will build on RIAU and another of his previous short films, Chronicles of Amnesia (which documents his encounters with a Mak Yong troupe). “I’m not even sure two years will give justice to the project,” he says with a laugh.

“I think this (extended film project) is quite characteristic of Zai’s process over the years. It comes from a core and out of that it grows and there are different kinds of expressions,” says Tay Tong, adding, “For Zai, the work needs to deepen rather than being made, shown and then disposed of.”