How Blockchain Technology Could Disrupt the Art Market 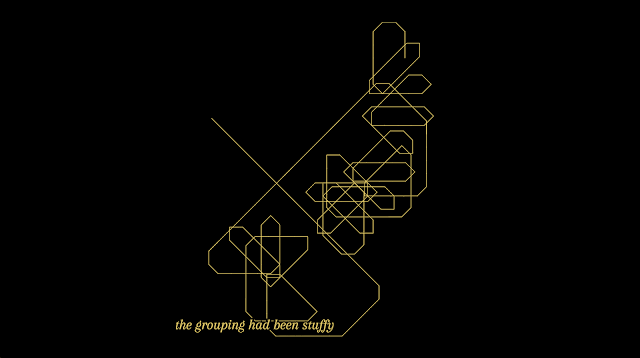 The 2009 book, How a Con Man and a Forger Rewrote the History of Modern Art, unravels how British conman John Drewe and artist John Myatt committed what Scotland Yard called the biggest art fraud of the 20th century. Between 1986 and 1995, the two men managed to place on the art market more than 200 counterfeits posing as original artworks by the likes of Alberto Giacometti, Georges Braque and Nicolas de Stael, in great part thanks to Drewe’s ability to fake the paintings' provenance. From creating catalogues for exhibitions that had never taken place to fabricating records for restoration work and other phony documents, the con artists managed to fool art galleries, museums and auction houses.

Authentication and provenance are key to establishing the value of an art work, but with no singular registry or database for artworks, the chain of custody can sometime be difficult to establish. Would the latest blockchain digital platforms have existed, such fabricated chains of custody might have been impossible to fabricate.

A blockchain is a decentralized, public digital ledger that is used to record transactions across many computers using a peer-to-peer network. Once authenticated by all sides, the record cannot not be altered ensuring the document is tamper-proof. The backbone of cryptocurrency transactions, blockchain technology could now be applied to the art market.

“The transparency and trust that blockchain provides to online transactions is a tremendous leap forward in technology, ensuring security to those wishing to make large online purchases,” explains Frederic de Senarclens, founder of ArtMarketGuru which recently released a report titled How to Make and Protect Investments in Art through Blockchain Technology.

De Senarclens argues that blockchain “may allow for the formation of more transparent art exchange platforms, reducing the need for intermediaries and high transaction costs.” 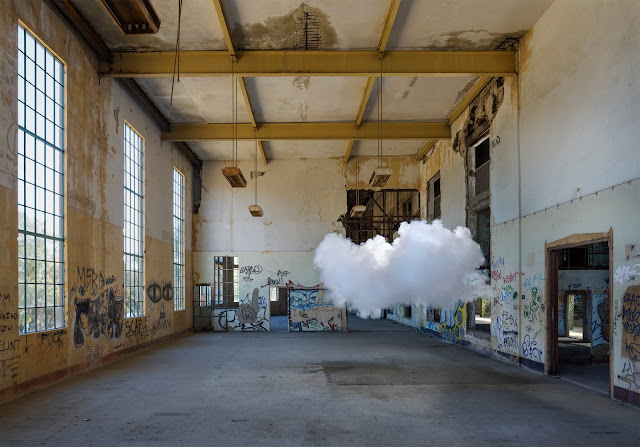 Lorenzo Ronchini, director of the Ronchini Gallery, also believes blockchain could improve transparency in the art market and describes it as “an innovation which could rewrite the functioning of the art market.” When interviewed for this article, the gallery was planning to test collectors’ appetites for using cryptocurrencies during the Armory show (March 8‑11) by only accepting Bitcoin in payment for an edition work by photographer Berndnaut Smilde.

Ronchini says blockchain technology offers the opportunity to address issues of copyright and ownership in the industry. Currently, all transactions occurring between a collector and a gallerist, or dealer, remain highly private — the details being only available to those directly involved. With the expansion of blockchain technology, this data can be collected and stored for others to access (respecting of course the privacy), prohibiting individuals from trying to manipulate or dictate prices. If this becomes the case universally, then a previously clandestine world will become far more clear to all those involved,” Ronchini explains.

“With the growth of blockchain technology it is possible that we may envision a future where the market for art forgeries is almost completely eradicated. If the details as to provenance and re-sale are stored and shared, then no longer can unwitting individuals be deceived by art market fakes,” Ronchini adds.

Another area where blockchain technology could have a large impact — again primarily related to creating greater transparency — is through what is often called "droit de suite” rules; that is, the right granted to artists or their heirs to receive a fee on the resale of works of art. Ronchini points out, “If the information on the provenance and future resales of a work are known to all, we can ensure that this right remains respected.”

According to Art Market 2017, Art Basel’s annual report, the global art market stood at $56.6 billion in 2016 but only nine per cent of that trade was transacted online.

Blockchain technology could have the potential to unlock the online market, and a few players have already started to test that market. 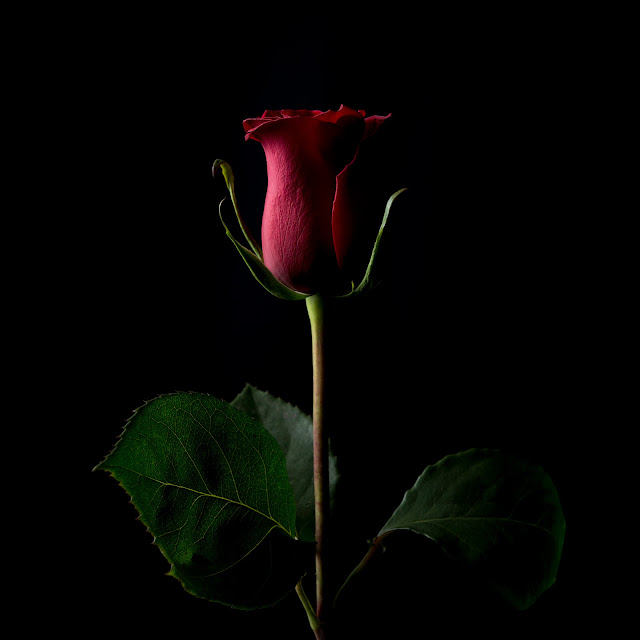 Back in 2014, the artist-run online gallery Cointemporary was the first to use bitcoin as a unit of account while also issuing certificates of authenticity over the blockchain facilitated by Ascribe. Since it launched, it has sold “upwards of 50 artworks,” says co-founder Andy Boot. This includes the sale of a limited-edition screensaver by Dutch artist Harm van den Dorpel to the Austrian Museum of Applied Arts/Contemporary Art (MAK), which became the first museum in the world to purchase an artwork using Bitcoin in 2015. Over the last year, a few art galleries, such as Dadiani Fine Art in London and Art Porter in Singapore, have also started accepting cryptocurrencies, either at special events such as during Art Stage 2018 or routinely.

“I’d always been curious — so when this collector whom I could tell really appreciates Naufal Abshar’s work asked me if I would accept payment in a cryptocurrency, I thought to myself, ‘hey contemporary art is also about contemporary ways of doing things’," explains Art Porter’s gallery director, Guillaume Levy-Lambert.

Boot acknowledges there has been a lag in the broader adoption of cryptocurrencies, “I think due to a surface-level focus on price volatility. Historically those involved in the arts have had an avant-garde outlook – perhaps that’s why the arts community has been more open to explore cryptocurrencies and blockchain technology. When we started Cointemporary there was a lot of discussion with artists and galleries. Not all were open to working with ‘internet money’,” he said, adding he’s noticed a shift in attitudes towards Bitcoin.

“Blockchain technology offers a lot of opportunities to the art market, beyond an infrastructure for payments. Whether or not the art market wants to adopt all aspects is another thing,” says Boots.

Some of the blockchain initiatives in the fine art space have been non-financial. For example, Ascribe focuses on providing a secure way to trace digital artworks and control how they’re shared while Verisart offers free permanent certificates of authenticity to contemporary artists, including Shepard Fairey, enabling them to list their work using the Bitcoin blockchain. The Codex Protocol is an open-sourced, blockchain-based decentralised title registry for art and collectibles (fine wines, classic cars, jewellery, etc.) backed by Lofty, Auction Mobility and Live Auctioneers. Codex will issue a non-tangible ERC721 token which represents the item, to which important metadata can be linked. The data itself will be stored off-chain, but there will be a link so that any provenance information that is attached can be uploaded and linked to the token that represents the item. Codex envisions the majority of tokens being issued by auction house partners. Each time a sale is made and provenance research is conducted, that documentation can be paired with a token on a public, decentralised blockchain. This way the provenance travels with the artwork, serving as a store of value for future owners of the work. 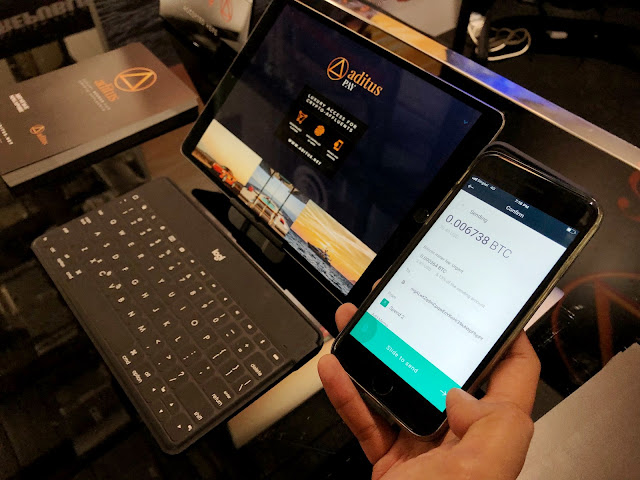 Later this year, Singapore-based Maecenas will be launching an open blockchain platform that sets out to democratise access to fine art by letting collectors buy shares in works of art, typically above $1 million, with cryptocurrencies. By selling shares in their artworks, art owners can raise money far more cheaply than they could though a bank while retaining possession of their art, meanwhile investors use cryptocurrencies to buy shares of an asset that has the potential to increase.

And come August 18, bitcoin’s 10th anniversary, Paddle8 will host “Bidcoin,” an online auction dedicated to money-themed fine art and collectibles. Successful bidders will be able to use bitcoin and other major cryptocurrencies to pay for purchases.