The State of the Art Market: The Return of the Impressionists 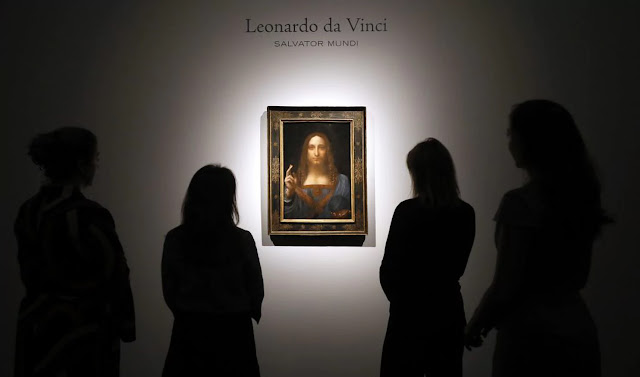 For the art world, 2017 will be remembered for the new all-time-high price for a work of art when a work by Leonardo da Vinci sold for $450.3 million at Christie’s, smashing the previous auction record of $179.4 million for Pablo Picasso’s Les Femmes d’Alger (Version “O”) in 2015, and significantly above the $300 million reportedly paid in a private transaction by billionaire hedge fund manager Ken Griffin for Willem de Kooning’s Interchange, also in 2015.

But the year will also be remembered as a revival for the Impressionist and Modern Art market.

The Return of the Impressionists

In November, eager bidding for Vincent van Gogh’s ‘Laboureur dans un champ’ at Christie’s New York evening sale of Impressionist and Modern masters drove the final bid to $81.3 million, including buyer’s commission, $1.2 million shy of the all-time-auction-record achieved for the artist at the height of the so-called “Impressionist bubble,” when Japanese industrialist Ryoei Saito bought ‘Portrait of Doctor Gachet’ in 1990 for $82.5 million.

“While the Laboureur is very pretty and important, it’s not a first-class painting and absolutely not in the category than Doctor Gachet in terms of historic importance, so the fact that it’s just shy of that mega piece is really indicative of the market rising,” explains Ralph Taylor, Global Head of Post-War & Contemporary Art at Bonhams.

Overall, Christie’s evening sale brought in $479.32 million, a 95% increase year-on-year, with world records set for Fernand Leger ($70.06 million), Rene Magritte ($20.56 million) and Edouard Vuillard ($17.75 million), making it the auction house’s highest grossing impressionist sale in a decade. Christie’s Head of Department Max Carter credited the result to the “freshness” of the works being offered, while Head of Sale Jessica Fertig pointed out as the top 10 works had all sold for above $10 million it underscored “the strength in the market and the confidence of the buyers.”

The following night, Sotheby’s sale of Impressionist and Modern Art totalled $269.6 million, up 71% over the November 2016 auction, with a Chagall work selling for $28.5 million, smashing a decades-long auction record for the artist. However, some of the results also gave a sobering picture of the slowing of the category over the last 10 years: Chagall’s Le Grand Cirque, which sold for $16 million to an Asian collector had last achieved $13.8 million at auction in 2007, while Monet’s Les Arceaux de roses, Giverny, which sold for $19.4 million had last achieved $17.8 million in 2007.

Taylor notes that Asian collectors had been particularly aggressive in the Impressionist sale. “For the Asian buyers, quality is very important and there were some very good paintings offered that week. This emphasis on quality is really important. They are not looking to buy a bargain or speculate, they are far more interested in established figures. So when you are able to get your hands on an ‘A’ piece you know there will be an appetite from an Asian collector, more than was the case five years ago,” Taylor explains.

Tellingly last November,  Christie’s picked Hong Kong as the first place worldwide to unveil some highlights of the renowned Peggy and David Rockefeller Collection that will come at auction in New York this Spring, including a Picasso nude from his “Rose Period,” which carries an estimate of $70 million, a Nympheas painting by Claude Monet, and what is considered the most important work by Henri Matisse to be offered on the market in a generation, likely to set a new world record for the artist.
“The launch in Asia makes sense,” says Marc Porter, Chairman of Christie’s Americas, “Asia is one of the most important regions for collectors of Impressionist and Modern paintings. For Christie’s it is a recognition of the importance to us of our client base in Asia.”

A Recovering Market
After several years of tremendous growth, the art market experienced a serious correction in 2016, weighed down by political and economic uncertainties, from the UK Brexit vote to an economic slowdown in China and the surprise US presidential election. Christie’s overall sales fell 16% to £4 billion ($5.4 billion), while Sotheby’s reported a 27% decline to $4.9 billion. But 2017 brought renewed enthusiasm for the art market. Half-year sales for 2017 at Christie’s, Sotheby’s, and Phillips were up $1.08 billion on the same period in 2016, and the momentum continued in the second half of the year.

Christie’s Fall Auction series in New York achieved $1.42 billion in one week, which, even without the sale of the Leonardo da Vinci, compared favourably with the $620.2 million achieved for the equivalent series in 2016.

Grégoire Billault, Head of Sotheby’s Contemporary Art Department in New York, noted that as a signal of a robust market, many clients had been willing to part with works that had been in their collections for decades, such as a Mao by Warhol, which had been in a private European collection since 1972, and was sold to an Asian collector for $32.4 million.

Asia’s Changing Tastes
Having first focussed on Chinese art and then expanding to Asian artists, Chinese collectors have moved out of their comfort zone in recent years and embraced impressionists as well as Contemporary Western Art.

“The way Asian collectors have changed their buying habits over the last five years is very substantial. What we saw five years ago was relatively inexperienced buying, which was driven by taste. But over the years, the buying has become more and more sophisticated and the level of knowledge has grown hugely. That has naturally led to a diversification of buying, which has affected our sales significantly,” says Taylor.

Encouraged by Asian buyers’ increased activity at its auctions in New York and London, Sotheby’s Hong Kong started to offer Western contemporary art in its evening sale last year, while Christie’s complemented its Hong Kong Fall auction series for the second time with The Loaded Brush, a private selling exhibition offering works by Monet, Matisse and Rothko that in previous years would have been sold in New York or London. In 2016, Phillips also debuted its first contemporary art auction in Hong Kong.

According to the 2017 Billionaires Report compiled by UBS and PwC, there are now 16 Asian billionaires ranking on ARTnews’ “Top 200 Collectors” list compared with just one in 2006. To tap this growing buying power, a number of top Western galleries are opening outposts in Greater China. This year, David Zwirner and Hauser & Wirth will open galleries in Hong Kong, while Lévy Gorvy is planning to open an office space in Shanghai.

Importantly, Taylor remarks, auction houses and western galleries are now bringing top Western Contemporary artworks to the region, and expanding beyond the well-recognized brand names of Damien Hirst or Jeff Koons to offer more exclusive artworks: “Now galleries are bringing artists from their core rostra, bringing the best and most challenging works. They equate the appetite of what they do at Art Basel Hong Kong with what they do at Art Basel in Basel.”