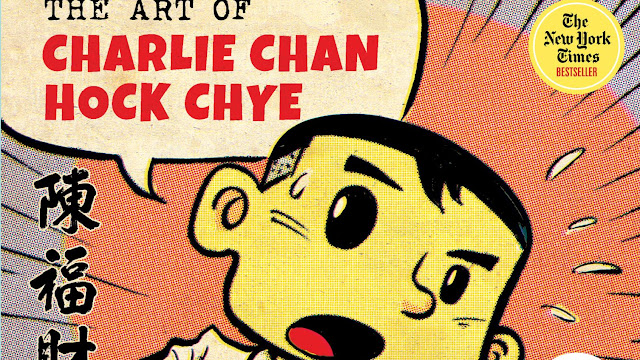 A graphic novel about the history of Singapore stirred controversy before its publication, with a senior official in the city-state once warning that it could "potentially undermine the authority of legitimacy of the government and its public institutions."

Telling a more inclusive story
Liew’s graphic novel features as its main characters, Singapore’s first Prime Minister Lee Kuan Yew and key opposition leader Lim Chin Siong, and retraces key historical (and controversial) events that helped shape the tightly controlled city-state, including violent strikes and bus riots in 1955 and the detention without trial of left-wing politicians and trade unionists in 1963 ahead of the break from the Malaya federation two years later, as well as the alleged Marxist conspiracy of 1987.

Two years ago, the National Art Council of Singapore withdraw a previously approved $$8,000 publishing grant for the novel citing concerns over “sensitive content.” But on Monday, the NAC belatedly congratulated Liew  “on being the first Singaporean to bag three Eisner awards,” and pointed out that while it had withdrawn the novel’s grant because the content “infringed” funding guidelines,”  Liew had continued to be supported in various other ways. “For example, he enjoys subsidised arts housing in the much sought-after Goodman Arts Centre.”

“The book is essentially a history of Singapore told through the lens of a comic book artist called Charlie Chan, and while at first it appears to be an art book of archives of his works, the readers will discover it’s not quite what it seems,” the 42-year-old author explains in a phone interview from San Francisco.
Beyond the political history, the novel is also a celebration of “comics as a medium,” full of witty allusions to the work of famous artists such as Osamu Tezuka’s Astro Boy, Walt Kelly’s Pogo and Frank Miller’s “The Dark Knight Returns.

Moving Past the Controversy
Liew says his book was not trying to replace the historic narrative of Singapore, but was aiming to go beyond the “official” narrative to tell a story that was “more inclusive and complex. I think that in itself potentially upset them [the NAC], though they didn’t specify exactly what they were not happy with, so I don’t want to speculate about it”

The wins at the Eisners, a highly prestigious award in the industry, help bring the focus back to the quality of the work rather than the grant pulled by the government agency. In its congratulation statement, the NAC praised the “high artistic merit” of Liew’s novel.

But Liew remains concerned that the attention it has received is a double-edge sword. “Without the withdrawal, the book wouldn’t have received the social media attention it got and I wouldn’t have sold out the initial print run in a week,” the artist admits, “But I worry about the impact the controversy will have over the long term, for example about its chances of being included in the school’s syllabus, and there are people out there that will think the book is anti-government and it will color their views without having read it.”

Liew is not the only writer who has faced funding issue with the NAC. The agency also recently stopped in the middle of disbursing a S$12,000 grant to Jeremy Tiang after he sent the Council the first draft of his fiction about the leftist movement throughout Singapore’s history.

The Singapore art community has enjoyed strong financial support from the government, but some have argued that state funding have also be used as an censorship instrument.

In a parliamentary exchange last year, Parliamentary Secretary Baey Yam Keng acknowledgef that “as part of the funding principles of the NAC, there is a requirement and understanding with the arts groups and the applicants that they should not put any public institutions in a bad light or put them in a derogatory position.”

But critics have also argued that state funding being taxpayer money should not be withheld from dissenting voices (Ong Keng Sen, artistic director of the Singapore International Festival of Arts)

For Liew the main issue is the “wall of silence” that in this case “prevents more dialogue about our history.”

He pointed that in the last two years, there had never been “a clear response from the government about what they think about the book, whether from the NAC or any MPs.”

“I’d hoped the book would open things up, but I think it’s actually closed them a little bit. The NAC has become even more careful about giving grants,” he notes, adding he viewed the lack of opportunities for dialogues with the authority as the main challenge to moving forward.