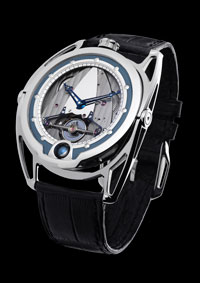 L’Aiguille d’Or, the Golden Hand, the most prestigious prize of the Geneva Watchmaking Grand Prix, went to De Bethune in November for its DB28 model, a large-dial design featuring an ultralight titanium case.

The 2011 prize choices won rare praise from Gregory Pons, editor of Business Montres & Joaillerie, an independent Web-based newsletter, who called it “the best Grand Prix ever in terms of honesty, independence and relevance.”

That was a far cry from his comments on past awards, when he questioned the selection of winners as having been manipulated in favor of certain brands.

But with the recognition given to De Bethune in November, Mr. Pons said in a recent e-mail, the Grand Prix had finally evolved to become “credible and representative” of the industry, even though, he said, it retained “some imperfections.”


Indeed, now in its 11th year, the Grand Prix d’Horlogerie de Genève, or G.P.H.G., is widely considered the Oscars of the watch industry, “the only real prize for watchmaking,” in the words of the Finnish-born independent watchmaker Kari Voutilainen.

Mr. Pons credits the improvement to recent changes in management of the prize. Once controlled by the Edipress Group, a publisher of luxury magazines, the prize is now administered by less-commercial hands in the form of the new Geneva Watchmaking Grand Prix Foundation, run by a group with representatives from the Republic and Canton of Geneva, the City of Geneva, the International Museum of Horology in La Chaux-de-Fonds, the Geneva Laboratory of Horology and Microengineering, and Edipresse.

Established in May, the main objective of the foundation is to help promote Swiss watchmaking and its values.

“Previously,” Mr. Pons said, “the prizes were too often linked to advertisers, too sensitive to negotiations between ‘friends,’ and external pressure on the jury. The final prizes weren’t credible because too many brands from the Richemont group and brands located in Geneva were awarded the prizes too often.”

For example, he said, the Geneva-based F.P. Journe won the Golden Hand no fewer than three times in 10 years. Though Journe is a respected house, the selection appeared unbalanced.

“The G.P.H.G. isn’t yet completely independent, but it is less dependent and freer to attribute prizes to other brands than the Richemont-group brands that exhibit at the S.I.H.H.,” Mr. Pons said, referring to the Salon International de la Haute Horlogerie, a trade exhibition that takes place in Geneva. 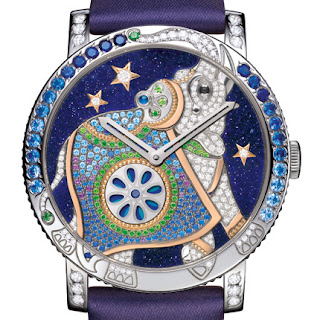 Max Busser, founder of the independent watch brand MB&F, said the 2011 Grand Prix results were a good indicator that the awards were “really becoming objective.” MB&F did not enter any of its models in the competition this year, but won a prize last year.

The competition awards prizes in 11 categories. Bernard Cheong, a watch collector who was a prize jury member in 2010 and 2011, said by telephone recently that “it’s fair to say nobody expected Seiko to win last year, or Boucheron to win this year. These results show you it’s a real vote and it’s not rigged. You just don’t know what watch might win.”

Dr. Cheong credits recent changes in the competition’s rules, which have made the judging more transparent and the voting independently audited. More changes are in the offing, he said, adding that the selection committee is expected to become more international, “with jurors from China, Japan and Russia.” Including jurors from countries where the watch industry’s main customers can now be found would raise the prize’s profile and credibility, he said.

The issue of international credibility is one also raised by Mr. Busser of MB&F. He said that although his HM4 Thunderbolt model won the prize for best concept and design watch in 2010, he did not believe that it had “that much influence” on the piece’s commercial success.

“The problem probably lies in the fact that the Grand Prix d’Horlogerie de Genève has still to gain recognition outside of Switzerland,” he said. “That is why the organizers are now, amongst other initiatives, organizing shows of the selected pieces around the world.”

Another issue is whether all the Swiss watch brands support the prize. Currently, brands must enter their watches to be selected by the same jury in a two-round process. Some brands have never participated in the Grand Prix, while others have participated irregularly.

Dr. Cheong said some brands appeared to enter watches only if they expected to win, which he said was regrettable. “You should not participate for selfish reasons, but to support the industry at large and show your endorsement of the value of the prize,” he said.

He said the prize organizers needed to reach out to brands like Patek Philippe and Rolex, which currently do not participate. Still, he conceded that “these brands probably feel they have very little to win and everything to lose, because the chances of them winning are very low given the criteria for the award of the prizes, which call for the improvement of horology.”

Patek Philippe and Rolex “make very good watches,” he said, “but in the context of the competition they haven’t made innovations of late.”

Or, as Mr. Pons phrased it, “When you wear the crown, you don’t want to be challenged.”

Dr. Cheong says he expects to be on the jury again next year and is pushing for changes in the rules so that brands no longer would be required to submit entries. Instead, the jury could chose from the widest possible pool of new watches. “This will require a lot more work, but it also means all the big brands could be included,” he said.

Mr. Pons suggested that for such an approach to work, a first selection round could be conducted by a large jury of 200 or so professionals drawn from the entire industry, while final prize selections could be entrusted to a jury of 15, drawn from industry professionals, historians, dealers and collectors.

This story was first published in the IHT on January 16th.