Published - Montblanc Expands Its Jewelry Line, and Its Customer Base 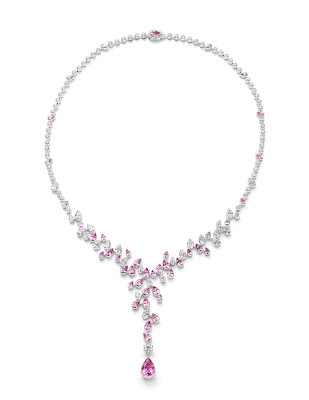 Montblanc, one of the luxury firms in the Richemont Group’s stable along with Cartier and Van Cleef & Arpels, is best known as the pre-eminent manufacturer of high-quality writing instruments. In recent years, it has also tried hard to burnish its credibility as a high-end watchmaker, helped by the acquisition in 2006 of the Fabrique d’Horlogerie Minerva, a specialist in mechanical movements with a long history in watchmaking.


Six years ago, Montblanc also started a line of fine jewelry that drew on its distinctive logo: a six-pointed “white star” with rounded edges. The company initially focused on sterling silver, gold and diamonds but is now expanding its Haute Joaillerie offering with its first collection that includes colored precious stones.

“This is the first time we have used precious colored stones, and it’s certainly something we want to explore more, because we believe it brings more variety and a little bit more playfulness into the line,” said Carlo Giordanetti, creative director of Montblanc.

The Princess Grace of Monaco collection is a reflection on the late princess’s elegance and timeless style, Mr. Giordanetti said, and marries diamonds with light pink or intense pink sapphires cut in the shape of petals, a design inspired by the princess’s love for roses. Mr. Giordanetti added that early feedback “seems to have awoken the interest of many people” in the brand’s jewelry. 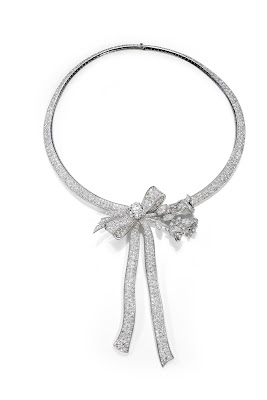 Explaining the rationale behind the move into jewelry, Mr. Giordanetti said that while Montblanc had always been associated with a very masculine environment, the brand had a substantial number of female customers who were already buying the Montblanc product as gifts and so the company looked at jewelry as a “natural” evolution.

From the start, he said, the brand has approached jewelry making by “remaining very pure,” offering its clients simple design but bold volume and roundness.

Montblanc also invested “very significantly” in the development of a diamond cut that would have the same visual characteristics as the brand’s emblem, which was adopted in 1913 as a stylistic representation of the snow-capped mountain that the company takes its name from, Mont Blanc.

The well-known Parisian diamond cutter Eric Hamers, who was already working for other brands in the Richemont Group, perfected the cut using a laser to minimize waste. Mr. Hamers says that to ensure a high standard of purity, he starts cutting the Montblanc diamond not from a rough stone but from a brilliant-cut diamond, which has already been certified above 6 carats. The 8-facet diamond is divided into 6 portions. Mr. Hamers has added a twist by creating a raised center with the shape reminiscent of Mont Blanc’s peak.

Montblanc unveiled its “Montblanc diamond” in 2007 with a high-end jewelry collection, which included design concepts like “The White Lady” — combining diamonds and black nephrite jade with 18-carat white gold — and “Magie en Blanc et Noir,” which works on the contrast of white and black pearls.

“At the beginning, the collection was extremely pure, it was really all about the celebration of the Montblanc diamond and its purity,” Mr. Giordanetti said.

Since then, Montblanc has moved in two directions: The first is toward classical pieces with a design twist to make them uniquely Montblanc, and the second toward more whimsical pieces that the brand is trying to link to meaningful moments.

For example, last year for the White Night Festival in St. Petersburg, a sponsored event that celebrates the midnight sun around the end of June, Montblanc created a collection inspired by the steps of a ballerina on a theater stage.

Montblanc’s fine jewelry pieces are made in various ateliers in Paris.

“These pieces are really one of the best expressions of French jewelry- making right now,” Mr. Giordanetti said. “The little snowflakes on the earrings are actually done with a technique called ‘en tremblant.’ When you wear them, the snowflakes move with you.” 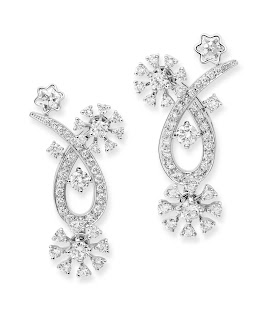 The en tremblant technique was first developed in the 18th century and refers to designs on tiny springs that vibrate with the movement of the wearer.

“Paris is really the home of Haute Joaillerie,” Mr. Giordanetti said. “If you want to be called a serious jeweler, you really build your credibility by working with the ateliers and experts there.”

Today, jewelry represents 20 percent of Montblanc’s business, Mr. Giordanetti said, with a steady growth in customers in Asia and Europe.

Last year, the company accepted requests for customized pieces, with the only requirement being “that the Montblanc diamond has to be part of the piece we create for them,” Mr. Giordanetti said.

In February 2012, Montblanc will be presenting an “extension” — and more affordable line — to the Princess Grace of Monaco collection. In April the company will follow with a silver jewelry collection, and then in September by a line of gold and diamond jewelry.

“The dream is to establish Montblanc with its own style and to be one of the players,” Mr. Giordanetti said. “But I cannot tell you that we have a direct competitor because we’re relatively new in that market.

“Even if the brand is over 100 years old, in the end we are the new kid on the block with jewelry.”


A version of this article appeared in print on December 7, 2011, in the