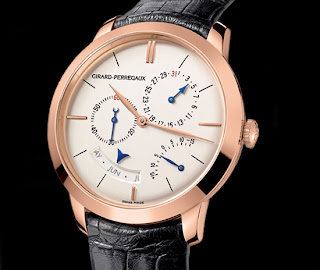 François-Henri Pinault’s PPR, the owner of a number of high-fashion brands including Gucci, Yves Saint Laurent and Alexander McQueen, increased its stake in the Sowind Group to 50.1 percent from 23 percent over the summer, gaining a controlling stake in the Swiss family-owned watchmaker group.


For Sowind, which owns the high-end watch brands Girard-Perregaux and JeanRichard, the benefits of coming into the PPR fold were “huge” in terms of growth capacity and marketing, said Stefano Macaluso, managing director of Girard-Perregaux and son of the founder of Sowind, Luigi Macaluso, who unexpectedly died last year. 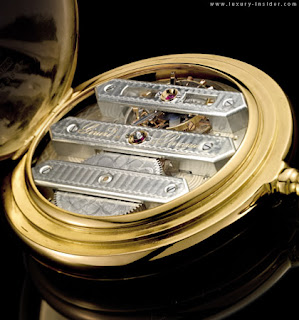 “The decision to join the PPR group was already discussed by my late father,” Mr. Macaluso said in a recent interview in Singapore. “The choice was a good one. We needed more power to develop the brand, but there is also a good fit because both entities, PPR and Sowind, have a family business feeling. PPR was the only solution to maintain this mix of group management, as well as family business. With another group, I think it would have been very difficult to cooperate in the same way and to maintain the coexistence.”

“PPR has many brands, but they leave a very large autonomy in terms of strategy and operation,” he said.

Although PPR appointed a new chief executive for the Sowind Group in August, with Mr. Macaluso remaining managing director for Girard-Perregaux, and his brother, Massimo, remaining managing director for JeanRichard and the Manufacture, Mr. Macaluso said the decision to appoint a group C.E.O. had been made before joining PPR. “We wanted to strengthen management,” he said.

Mr. Macaluso believes Girard-Perregaux will be able to benefit from PPR’s advertising might. “PPR is a big media advertiser, which gets preferential advertising rates,” he said. “They also have a very efficient administration system, so we can have access to many kinds of logistic and IT services.” 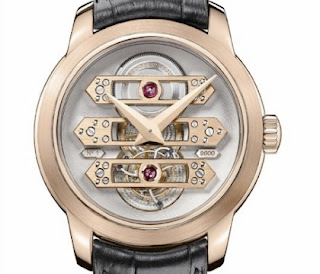 But the Sowind acquisition also helps position PPR’s luxury group in the high-end watchmaking segment where it had not been present. “PPR gets entrance into watches, a part of the luxury goods industry with second-to-none exposure to China,” said Jon Cox, an analyst in Zurich for Kepler Capital Markets.

René Weber, an analyst at Bank Vontobel in Zurich, agreed but noted that even with this step, “PPR is still a small player in the Swiss watch industry, compared to Swatch Group, Richemont and Rolex and also LVMH and Bulgari.”

Still, the acquisition offers strong synergies with other brands from PPR, which also owns the high-end jeweler Boucheron and the leather goods house Bottega Veneta, since Sowind had already been collaborating with those brands. 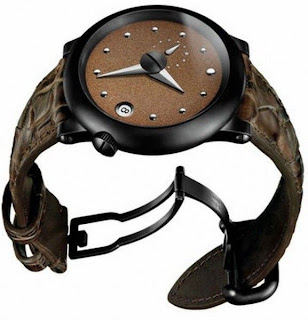 “With Sowind, PPR also gets movement-manufacturing capability, which I suspect will be used to take its Gucci watch offering up-market to compete with the offering of Christian Dior, say, if not into Cartier territory,” Mr. Cox said.

Mr. Weber also noted that Gucci had “a very weak watch business, which has had declining sales.”
Since 2007, Girard-Perregaux has been designing basic-caliber watches for the jeweler as well as providing it with its iconic movement of three gold bridges to incorporate in the design of high-end jeweled watches, such as the Ladyhawke Tourbillon, which was adorned with 833 multicolored diamonds and rubies totaling more than 25 carats.

Sowind is also the movement provider of Bottega Veneta’s first watch, the unisex BVX, which was introduced last year. The BVX has a distinctive dark, brushed-titanium case with a brown face and a cigar-colored crocodile strap.

“The watch was designed by Bottega’s creative director, Tomas Maier, and we provided our skills in terms of manufacturing and our movement,” Mr. Macaluso said. 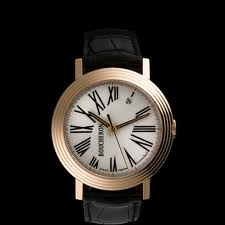 In the past five years, Girard-Perregaux has refocused on four main collections to make the branding and marketing message clearer to consumers, including the feminine Cat’s Eye collection, which has helped the company to significantly increase its female clientele since 2004, increasing sales of women’s watches to 30 percent from 20 percent.


“China today is the best opportunity for everybody,” Mr. Macaluso said. “It’s the place where the economy runs, and we need to be there obviously. But we also need to be a world brand and we need to be present everywhere. America is a historical market for us. We’ve been there since the end of the 19th century, constantly, and my feeling is that after China, the Americas have the highest potential in terms of demand growth. I can see distribution in Brazil, for example, developing strongly.”

The company’s latest flagship boutique opened in New York in 2010, where the company is showing, until Nov. 26, its traveling exhibition, “A Tale of Inspiration — Unveiling 220 Years of Watchmaking Art.” The show tells the history of the brand with restored masterpieces like La Esmeralda, an engraved gold pocket watch with the brand’s famous tourbillon of three gold bridges, which received a gold medal at the Universal Exposition in Paris in 1889.

Girard-Perregaux’s collection includes intriguing pieces like a gold and enamel pendant watch in the shape of a small book, circa 1860, and a cross-shaped pendant watch engraved with the “Ave Maria” in Latin on the back, circa 1870. They are presented in the exhibition along with more recent offering, like the Girard-Perregaux 1966 Tourbillon With Gold Bridge, a limited edition of 50 watches to celebrate the brand’s anniversary, and the Vintage 1945 XXL

This story was published first in the