Published - Hotel Where Time Is of the Essence 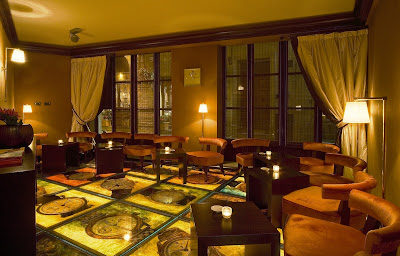 Sandro Fratini’s passion for watches started when he was 8 years old and was given a modest steel Longines watch for Communion.  “For me, it was love at first sight,” Mr. Fratini, 58, said in an e-mail. “I was fascinated with the mechanism that allowed the movement of the hands and the subsequent measurement of time.”


From that moment, Mr. Fratini started collecting, albeit at first with rather modest means. The president of Super Rifle, the company behind the Rifle Jeans brand, and the owner of Whythebest Hotels group, Mr. Fratini has built up his collection to more than 3,000 watches, and his passion has even inspired the interior design of one of the group’s six luxury boutique hotels in Florence: Hotel L’Orologio. 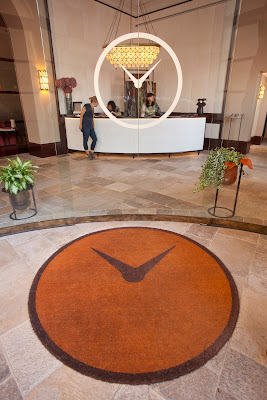 The 54-room hotel has floors dedicated to watch brands that have particularly impressed Mr. Fratini — Vacheron Constantin on the first, Rolex on the second and Patek Philippe on the third and fourth floors, for example — and each room is dedicated to a specific model with an oil painting of the watch on the wall.

Room 213 is dedicated to the 1954 Rolex Dragon Cloisonné and Room 301 is dedicated to a Patek Philippe watch with a ruby-set enamel dial with the portrait of the King Abdul Aziz al-Saud of Saudi Arabia. 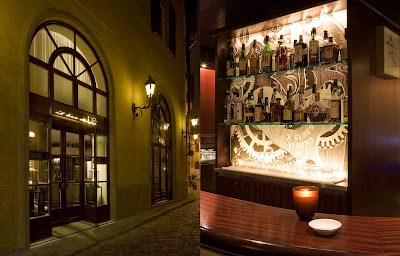 Attention to the smallest details has been obsessive, Mr. Fratini said, pointing out that the faucet heads in all the bathrooms have been made in the shape of a winding crown, Rolex style, in addition to the door handles made in the shape of a Rolex watch’s “Mercedes” hands, so named because the star logo that appears on the hour hand is very similar to the three-pointed “Rising Star” that is the Mercedes logo. 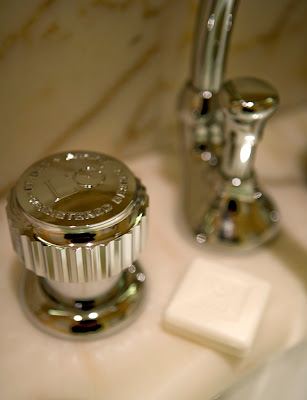 In the bar-cum-smoking lounge, an under-lit floor highlights hand-painted reproductions of watches from Mr. Fratini’s collection, which includes timepieces from as early as the 1920s.

The hotel also offers for sale specially made scarves with details of some particular watches, along with a watch called “L’O’ watch” designed by Mr. Fratini, which takes its inspiration from the famous “Ore del Mondo” from Patek, which was produced during the 1950s in a very small edition. The elegant L’O’ watch, with an enamel dial and a black PVD case is made in Switzerland and retails for €500, or about $690.

In the lobby, many old watches by other brands are presented, along with watchmaking tools, while in the corridors one can find large old Rolex clocks of the type found outside Rolex boutiques.

All these watch details “help bring to the hotel a magical atmosphere, which, in my opinion, breathe in the halls, corridors and bar of L’O,” Mr. Fratini said.