Published : Art lovers will be kept busy in Asia this autumn Art lovers will be kept busy in Asia this autumn. In addition to Hong Kong’s two major art auctions — Sotheby’s in October and Christie’s in November — and numerous fairs, Asian museums are also putting on exhibitions that aim to educate the public about old masters, as well as to showcase contemporary Asian talent. Here is a selection of the most intriguing shows:

Zhang Huan rose to international recognition as one of the foremost avant-garde Chinese artists in the 1990s, with punishing physical performance pieces in which he was often naked, sometimes in masochistic actions, and that were photographed to create arresting images.

For “12 Square Meters” (1994), he covered himself in honey and fish oil and sat for one hour in a public lavatory in Beijing, while people continued to use the facility. Then in “Family Tree” (2000), Mr. Zhang dictated a stream of familiar names, personal stories and random thoughts to three calligraphers writing on his face throughout one day. The resulting set of nine sequential images showed his face increasingly obscured by the writing.

In recent years, the artist has moved away from performance and worked on Buddhist sculptures, bringing new ideas and styles to traditional Buddhist statues, while also working with incense ash, which he collects from temples and molds into paintings and sculptures.

For this large solo show, Mr. Zhang uses for the first time Confucius as a symbol to explore the impact of the rapid economic and societal changes in China on art, society, and religion. Contrasting Confucius’s beliefs with the teachings of Christianity and other religions, Mr. Zhang ultimately aims to question spirituality in contemporary China, according to the museum. Several large-scale sculptures, paintings, ash paintings and installations have been commissioned for the exhibition, curated by Fumio Nanjo, director of the Mori Art Museum, Tokyo. These will include “Questioning Confucius No. 5,” an installation under a giant wire netting that incorporates living trees, a few dozen monkeys, and a robot on a stainless steel bed. 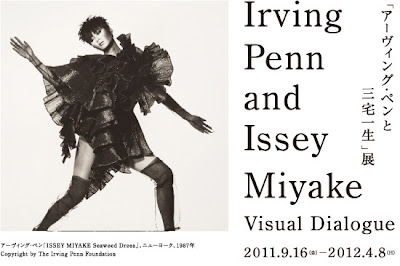 In 1983, Issey Miyake, the Japanese fashion designer, saw an editorial spread for his clothes in American Vogue photographed by the American fashion photographer Irving Penn, whose perspective on his designs startled him. In 1987, the men started an exceptional 13-year collaboration, with Mr. Penn photographing each of Mr. Miyake’s biennial collections. Mr. Miyake followed a self-imposed rule to never be present at the photo sessions, as he believed that by staying away, Mr. Penn would have a greater sense of freedom in his photographs, said Midori Kitamura, the exhibition director and Mr. Miyake’s colleague, who sat in on many of the photo shoots. This unusual decision gave rise to a “visual dialogue” between the two artists.

“For me, the photo sittings were always filled with surprises,” Mr. Mitamura said. “I was the one who was supposed to be the most familiar with the clothes but during the course of the photo sessions, I watched them transform before Mr. Penn’s lens. It was an entirely new world for me. Miyake would then inevitably be surprised and moved by the photos I brought back to him from New York, and the perspectives they mirrored would, in some way or another, provide inspiration for the subsequent collection.”

The creative pulse of Mr. Penn and Mr. Miyake’s collaboration had a lasting effect on their artistic visions. Mr. Penn, who died in 2009, took more than 250 photographs of Mr. Miyake’s designs, many of which appeared in collection posters, were published in art books or exhibited in museums and cultural institutions. This major exhibition features both the individual and collaborative work of the two men, with more than 148 images of Penn’s shoots, 80-plus drawing for photo sittings by Mr. Penn and 69 posters for the collection and exhibitions. 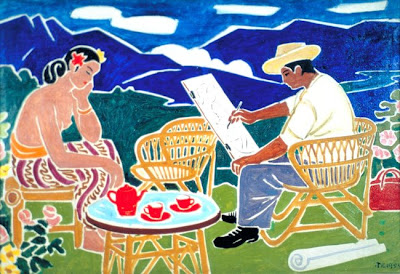 Liu Kang: A Centennial Celebration. Singapore Art Museum, Singapore. Through Oct. 16.
Liu Kang, who was born in China in 1911, was influential in developing the art scene in Singapore.

He was one of four local artists who made a seminal trip to Bali in 1952 — the others were Cheong Soo Pieng, Chen Chong Swee and Chen Wen Hsi — that led to the development of the Nanyang art style, a mix of tropical subjects with Western techniquesHaving studied in Paris in the 1920s, Mr. Liu, who died in 2004, was greatly influenced by the colorful works of Matisse, yet he always retained his Chinese roots — for example, by emphasizing bold line strokes in his paintings. He was particularly attracted to post-Impressionist and Fauvist paintings because their direct observation of the subjects still left room for an artist’s self-expression. Upon returning to China in 1933, he taught Western art at the Shanghai College of Fine Arts before settling in Singapore in 1942.

The National Art Gallery is celebrating the 100th anniversary of his birth with a major retrospective that includes more than 100 artworks, sketches, examples of his writing and artifacts. Some of his most important works on display include “Artist and Model” (1954), in which Mr. Liu adopts the Southeast Asian tradition of batik painting by replacing the black outline of his figures with white outlines; as well as “Life by the River” (1975), which depicts light-hearted scenes of daily life in a Malay kampong and is composed like a Chinese landscape, in a scroll format.

Landscapes of the Wangs: Paintings by Wang Shimin and Wang Yuanqi from the Palace Museum and Shanghai Museum. Macao Museum of Art. Through Nov. 13.

During the reigns of the emperors Shun Zhi (1644-1661) and Kang Xi (1662-1722), during the Qing dynasty, scholar paintings reached the peak of popularity. Four masters, collectively known as the “Four Wangs,” rose to preeminence by embracing the “ancient” style of brushwork paintings developed during the Song and Yuan dynasties.

While the Four Wangs expressed a keen passion for landscape painting, each had a distinctive style and they exerted a profound influence on the development of landscape painting. With about 120 paintings from the Palace Museum and Shanghai Museum, the exhibition aims to give a better understanding of the painters’ different artistic styles. Wang Shimin imitated the composition and rules of ancient painting, while Wang Yuanqi’s work was more abstract.