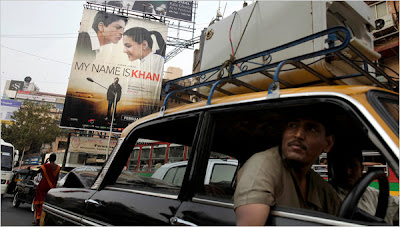 When “Thor,” the Marvel superhero action film directed by Kenneth Branagh, opened in theaters in North America on May 6, the $150 million 3-D film had already made more than $130 million at the international box office. The horror film “Priest,” with Paul Bettany, was not as successful, taking in only $25 million before its American opening weekend May 13.

A new film trade event, ScreenSingapore, scheduled for June 5 through June 12, is designed to capitalize on the trend by offering the studios a springboard to Asian filmgoers.
“The idea of opening a film internationally ahead of the U.S. only three-four years ago would have been unthinkable,” said Sanford Panitch, president of Fox International Productions. “I think this is really just the reality of the international marketplace becoming as a whole more important than the U.S. box office for event films.”

Greg Coote, chief executive of production firm Latitude Entertainment and chairman of the board of ScreenSingapore, says the inaugural trade show is pegging itself as a cross between ShoWest, an annual convention for American theater owners to review the latest in theater hardware, like 3-D equipment and popcorn machines; CineEXPO, an annual event in Amsterdam that brings European theater owners and operators together with filmmakers and distributors; and the American Film Market in Santa Monica. “I like to say we’ve learned from the best,” said Mr. Coote, until recently the chief executive of Dune Entertainment, which co- financed “Avatar” with Fox. “There is also a Cannes-style element with red carpet events, such as the world premiere of the new Tom Hanks film ‘Larry Crowne,”’ which will close the festival.

“But this is really a business event, primarily for studios to show theater owners what they have on their slate for the third quarter and beyond,” he continued. “Five of the six major Hollywood studios are coming to present their upcoming films, and we’re flying in 60 of the biggest theater owners and operators in Asia.”

Aubeck Kam, chief executive of the Media Development Authority, which fosters the development of media concerns in Singapore, says the city-state is hoping to play to its strengths as an English-speaking country with strong links to China and India and strong intellectual property protection, as well as importance as a business and finance hub. “This is a good place for international film companies to think how they might engage and build their businesses to serve Asia,” he said.

Among the Hollywood executives scheduled to attend the event are Jon Landau, the producer of “Avatar,” who will be heading a 3-D conference; Mr. Panitch of Fox; Jim Gianopulos, chairman and chief executive of Fox Filmed Entertainment; and Michael J. Werner, the chairman of Fortissimo Films.

While East Asia is already served by at least two festivals that have marketing components — FilmArt in Hong Kong in March and the Shanghai International Film Festival, which will start June 11 — Mr. Panitch notes that both are mainly focusing on the Chinese market. “What is unique to ScreenSingapore will be the juxtaposition of it being more of a broader pan-Asia region event,” he said. “Here we may bring one of our Indian films, as well as show some footage from our next Chinese-language film.”  Read the full IHT story