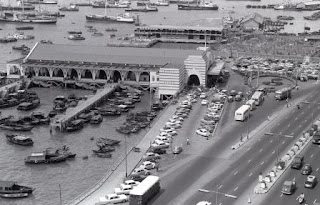 If walls could talk then the classical art deco interior of Clifford Pier would have a fascinating story to tell. Just as Ellis Island in New York was the gateway for millions of immigrants to the United States, Clifford Pier — also known as Red Lamp Pier for the red oil lamps that helped guide seafarers — was the key landing point for those arriving in Singapore by ship from other countries. For many pre-World War II immigrants, dreams of a better life soon gave way to panic-driven thoughts of escape in the run-up to the Japanese invasion in 1942. Once stability was restored after the war, the pier continued to serve until 2006 as a terminal for small ferries known as bumboats. Reflecting Clifford Pier’s strategic importance, a customs house was built close by in the late 1960s. From here, officials could keep an eye on the comings and goings in the busy harbour, which at that time offered access to the sea. 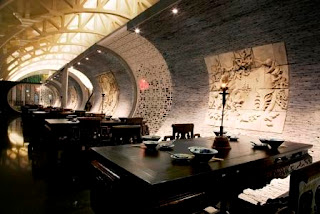 But times have changed and Clifford Pier has been transformed into a chic Chinese contemporary restaurant (photo), while the recently reopened customs house is home to a cluster of chill-out bars and casual restaurants. In between, a plush hotel, the Fullerton Bay, stands like a jewel over the waters of Marina Bay, tying the two buildings together architecturally. Read the whole story in Tiger Tales's Sep-Oct edition.