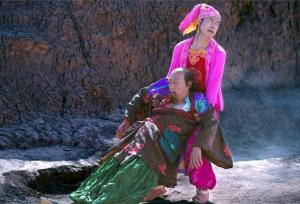 Five years ago, Hong Kong film director and producer Peter Chan got an intriguing call from Warner Brothers: would he be interested in remaking The Bridges of Madison County with Chow Yun-Fat reprising Clint Eastwood’s role and Chinese actress Gong Li stepping in for Meryl Streep? Chan thought transposing the action to China would work, but he couldn’t spend the time on development, so nothing happened. Today it’s a different story. Inspired by the rise in box-office receipts in Asia—especially China—directors and producers are remaking a growing number of Hollywood hits for Asian audiences. Last year Cellular, the 2004 kidnaping thriller starring Kim Basinger, became the first Chinese remake of a Hollywood film. At this year’s Berlin Film Festival, veteran filmmaker Zhang Yimou presented A Woman, a Gun and a Noodle Shop, his retelling of the Coen brothers’ neo-noir thriller Blood Simple, with the action transported from small-town America to the desert landscapes of northwestern China. In June, production started on a remake of the 2000 romantic comedy What Women Want, with Hong Kong superstar Andy Lau and Gong Li filling the roles played by Mel Gibson and Helen Hunt. 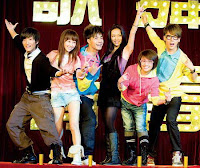 While these remakes are driven by local producers, Hollywood studios are also joining the fray. Having remade a number of Asian films for American audiences over the past two decades—including The Ring, The Departed, and The Lake House—some American studios are now looking into their vaults and “adapting” movies for new audiences in the East. This summer, Disney is releasing a Chinese-language version of its High School Musical franchise, in a coproduction with two local partners. Paramount Pictures Japan and Shochiku Co. just started filming a remake of the 1990 supernatural movie Ghost with Japan’s Nanako Matsushima and Korean actor Seung-heon Song taking over the roles played by Demi Moore and Patrick Swayze. “Certain themes are universal, and this is why remakes work,” says Dede Nickerson, the coproducer of What Women Want. “Studios are more than happy to exploit their existing intellectual property as well.” Read the full NEWSWEEK story