Published- In Singapore, Musical Theater That Prefers Its Own Local Flavor 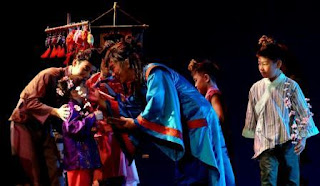 Over the last decade, Singaporean audiences have been treated to regular revivals of Broadway or West End musicals, like “Phantom of the Opera” and “Mamma Mia,” and as their appetite for the Western art form grew, it encouraged a few local theater troupes to produce their own versions. These local productions tended to be performed in English, such as Singapore Repertory Theatre’s “Forbidden City: Portrait of an Empress” (2002), based on the life of the Empress Dowager Cixi; or “Sleepless Town” (2009) from Toy Factory Productions, about a 12-year-old living in a make-believe world as an antidote to her troubled life. But this year, the staging of several homegrown musicals in Mandarin with definite Asian twists is attesting to the local audience’s growing interest for musicals with themes closer to home. 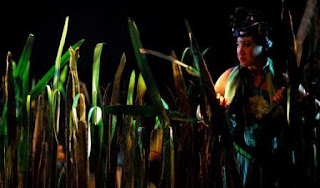 In April, the Chinese theater company The Theatre Practice performed “Liao Zhai Rocks!,” a rock ’n’ roll take on the fantastical tales of the Qing dynasty classic, “The Strange Tales of Liao Zhai.” On May 28 and 29, the Toy Factory will stage “Maha Moggallana — a Story of Filial Piety,” based on a famed Buddhist fable about a pious monk and his journey into hell to save his suffering mother. Toy Factory will also stage an updated version of “December Rains” at the end of August. First performed in 1996, this Mandarin musical is set in the 1950s and tells the love story of an idealistic young woman who falls in love with a politically fervent student. Read the full IHT story here
Asian Performing Arts Music Published stories Singapore