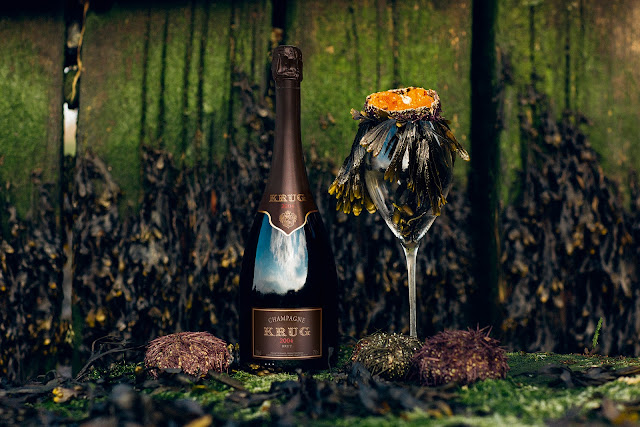 For the last three years Krug Champagne has been inviting musicians as varied as soul singer Gregory Porter, modern jazz master Jacky Terrasson and the French indie pop duo The Dø to taste its annual offerings and then custom-tailor a music list that best reflects their experience.  The list is made available through the Krug Apps which pair every Krug bottle with the right music thanks to a six-digit ID code on the back of each bottle.

Last year, British soul singer-songwriter Lianne La Havas was asked to find a pairing for “Les Créations de 2004,” a limited edition tribute comprising the latest vintage alongside the Krug Grande Cuvée 160th Edition (Les Créations de 2004 are served in-flight in Singapore Airlines’ Suites and First Class). The singer chose to pair that vintage with her hit single ‘Unstoppable’ remarking, “Just as the lyrics talk about being carried ‘to another galaxy’, if you close your eyes when tasting Krug 2004 you are transported by its aromas and flavours.”

At the core of this Krug Music Pairings initiative is the belief that music can influence how champagne tastes, with the right music obviously enhancing the experience.

The link between music and wine is one that is being scientifically studied by Charles Spence and Janice Qian Wang of Oxford University's Crossmodal Research Laboratory, and their numerous researches on the topic have found that what people hear can influence what they taste, for example, the perceived acidity or sweetness of a wine. 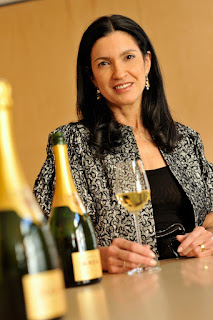 Krug’s president, Margareth Henriquez—who also became president of LVMH's Estates & Wines earlier this year—says she first started to reflect on the link between wine and music in 2010 when she overheard Eric Beaumard, the sommelier of Le Cinq Restaurant in Paris, describe wine with music terminology a few years ago, but she really became a convert after a memorable dinner experience in Hong Kong in 2013, when Richard Bamping, first cellist of the Hong Kong Philharmonic, was asked to make a pairing. He choose to pair a bottle of Krug Clos de Mesnil with the Catalan song ‘Songs of the Birds’.

“I will never forget this dinner. I had never imagined I could feel what I felt. I felt that champagne transformed in my interior. It was amazing,” Henriquez recalls.

Beyond the pairing of music, the Krug ID code can be scanned to give access to a wealth of other information ranging from the champagne’s composition to recommendations on optimum storage and serving, which champagne aficionados will appreciate.

“The Krug ID gives you the disgorgement date (the release of the yeast that started the second fermentation) of the Champagne and that’s very important because that’s when the Champagne starts to age. Most of the time you have no idea when that has actually happened. But the longer the bottle stays on lees , the finer the bubbles will get and the better the Champagne,” explains Mason Ng, the head sommelier of Atlas bar in Singapore, which is home to more than 300 champagne labels, one of the largest lists in Asia. Ng notes that although Bruno Paillard was the first house to start giving disgorgement information in 1983, very few big champagne houses have been as forthcoming. 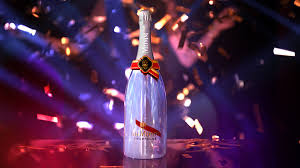 Other houses are also innovating digitally and technologically to remain relevant to a new generation of champagne lovers and to pique millennials’ interest including some fun gimmicks. In 2015, G. H. Mumm & Cie unveiled the first digitally connected champagne bottle. As the cork was popped in the specially selected nightclub, it transmitted a signal that activated an animation. These animations could vary from bottle to bottle and venue to venue and range from a series of pictures broadcast on a digital wall and light effect to the playing of favourite songs for a birthday.

Champagne houses are also reaching out to a younger demographic through the use of cutting-edge design. In recent years, Veuve Clicquot has collaborated with a range of top designers to produce eye catching accessories, such as Porsche Design’s standalone avant-garde champagne cellar in brushed stainless steel, with each shelf individually lighted; and industrial designer Thomas Lemaire’s dramatic looking and Instagram-friendly cooler, Dry Blizzard, that replaces the ubiquitous ice bucket with a double-walled glass vessel that uses dry ice and a fan to circulate cold air around the bottle.

But amidst this competition for eye-catching innovations aimed at wealthy young customers, there is also a push to appeal customers’ quest for authenticity and interest in being “closer” to the source of the products they buy, knowing where they come from.

While most champagnes are traditionally made by négociant houses, which purchase their grapes from a multitude of individual vineyards and then use their blending expertize to achieve their house’s unique and consistent champagnes, there has also been growing interest in recent years for “grower” champagnes.

Champagnes, produced using grapes grown by the owner of the vineyard, aim to showcase the wine as an expression of place with its creation taking on a more artisanal approach. Grower champagnes are often drier, remarks Ng, and they are also produced in very small quantities, making the good ones very exclusive though not always consistent. 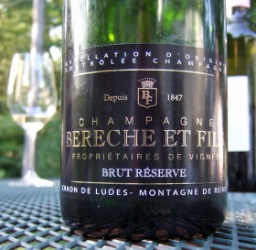 Ng says that because these winemakers generally prefer to keep a lower profile, they often are under the radar of consumers, yet their champagnes are gaining traction lately, particularly in the US. He recommends Champagne Bereche & Fils for its an uncompromising freshness, leanness and minerality. Using wild yeast, resting on lees in barrels and non-malolactic fermentation, Raphael and Vincent Bereche have redefined the term ‘Terroir’ and ‘Champagne’ altogether, argues Ng: “Champagnes here are very often dry and thus allows the wine to unravel itself, nothing is hidden from you as it gently coats your palate with its impeccable mousse and freshness.

Kent Law, wine specialist of Sotheby’s, notes that while traditional houses such as Krug and Dom Perignon still dominate the auction market with top cuvees always demanding high prices, grower champagnes have also been getting more attention in recent years.

“It is not uncommon to find grower champagnes asking for a hefty sum in the auction market,” he says, noting that some can possess “great aging abilities as their more well-known counterparts.”

“I recently had a bottle of Jacques Selosse vintage in the 1980s and it was still youthful, full of energy, and absolutely delicious! The key is to keep the bottles on their side at 12-15˚C with little light and humidity controlled at 60-70%. Almost all champagnes are high in acidity, with the carbon dioxide acting as a preservative; quality champagnes can age easily for decades,” Law adds.