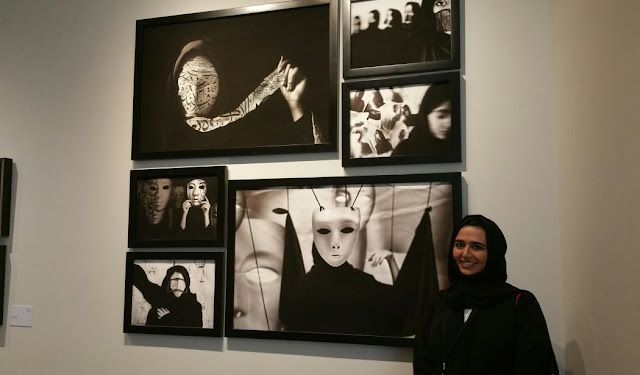 Like a rose in the desert, the Dubai Photo Exhibition only blooms for a short time, but its size, scope, and quality hint at the city-sate's grand aspirations of becoming a new hub for photography.


For Scott Gray, the CEO of the World Photography Organisation, which has helped put the exhibition together, the showcase is akin to a mini-biennale for photography: “This is an incredibly ambitious project, the scale of the exhibition with all the works we have on show, is truly unique,” he says adding, “Something like that hasn’t really been done before. Of course there are plenty of festivals and many commercial fairs, but I really think this project, which is bringing together museum-worthy pieces from around the world, is really incredible.”

The WPO organizes the commercial fair, Photo Shanghai, along with the sought-after Sony World Photography Awards, but Gray says the organization feels it was important for photography as an art form to be presented in a non-commercial environment too.

The Dubai Photo Exhibition incorporates over 860 photographs by 129 photographers and the aim is to showcase the breadth of the medium over the last century and across the world. Twenty-three countries are represented at the four-day exhibition, each given a space that was curated by various specialists (18 of them helmed by Zelda Cheatle —you can read her interview here), though curiously a few neighbouring countries have been buddle together (Hungary and Czech Republic, Canada and United States, Belgium and the Netherland, Portugal and Spain).

Each curator has responded very differently to the brief, which was to showcase a mix of modern masters and contemporary artists, and the results make for a rich and diverse experience which often hoovers between fine art photography and documentary photography.

Amongst some of the more historical highlights are the very first photographic self-portraits by French pioneer Hippolyte Bayard (‘Portrait of the Artist as a Drowned Man’, 1840); never-before-seen photographs of the UAE in the 1950s and '60s from the private collection of Sheikh Hamdan, Crown Prince of Dubai, that captured a way of life almost unrecognizable in ever-changing Dubai, some images by the well-known Egyptian photographer Oscar Mitri, Dorothea Lange’s Migrant Mother, an iconic photograph of the Great Depression, stunningly beautiful photographs of the disappearing Three Gorges in China by She Daike, and photographs by French photography giants like Nadar and Henri Cartier-Bresson.

The opening of the new exhibition, albeit too brief, is certainly one step in that direction.