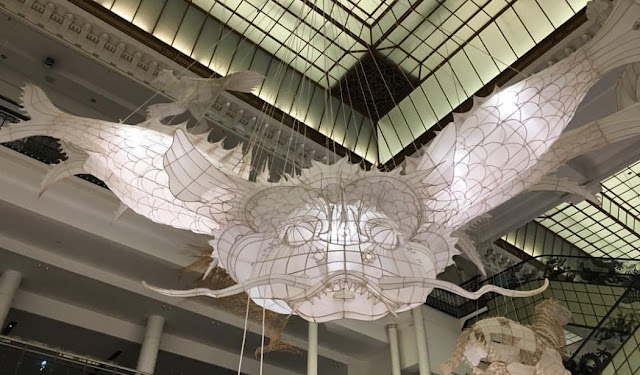 A multitude of strange looking creatures, along with more familiar animals like pigs, are currently flying high in the two large atriums of Le Bon Marché, the Paris department store, in a new installation by Chinese artist Ai Weiwei.


Collectively titled “Er Xi, Air de Jeux” (or Child's Play), the whimsical creations, made of bamboo and rice paper, come straight from the pages of the Shan Hai Jing (Classic of Mountains and Seas), a collection of epic legends and fairy tales that dates back to Chinese antiquity.

Speaking to Blouin Artinfo, the artist said he was happy having his work installed in a department store, because he likes “real people” to see his work. “I actually think museums have also become commercial sites,” he added with a smile.

Ai, who has long incorporated traditional crafts in his contemporary artworks, said he was inspired by the kites of his childhood. “When I was 10 years old, I loved to make kites...I was very fascinated in that craftsmanship … and how to develop it in a three-dimensional way and make it relevant to today's contemporary surroundings.”


Ai said that he never read the legends of the Shan Hai Jing as a child. “Nobody would have read those as a child in my generation because it was totally forbidden. We burned books, I burned my own books, poetry books, paintings from my father's collection,” he recalled. 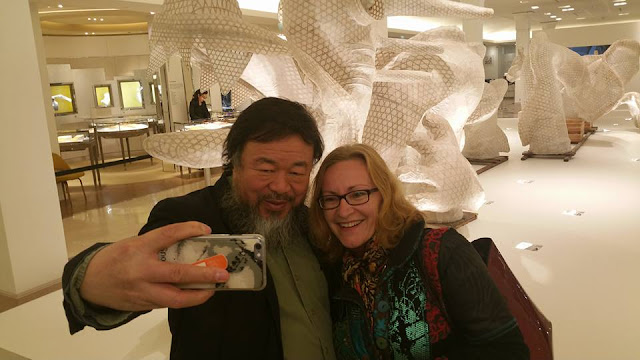 Watch my video interview with the artist here:
http://sea.blouinartinfo.com/news/story/1313035/video-ai-weiwei-on-his-fantastical-creatures-at-le-bon-marche