Retracing the Story of Porcelain through Silk Road Trading 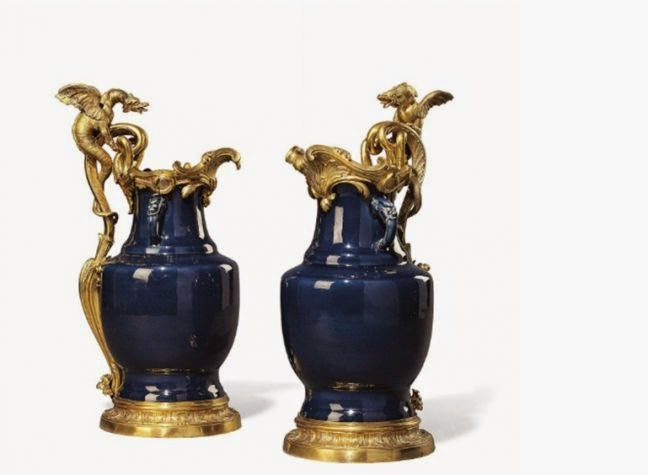 For more than a thousand years China provided the world with ceramics often using them as an exchange currency to obtain other goods While the Chinese jealously guarded the secrets to making the prized porcelain, international trade  allowed Chinese craftsman to apply and adapt foreign techniques to their wares like using cobalt-blue glazing from the Middle East and including rich enameling from the Europe. And when China stopped trading with the rest of the world, first in early part of the Ming dynasty and then in 1656–1684 during the Qing dynasty, others stepped in to try to fill the gap in the lucrative trade.

“China Mania! The Global Passion for Porcelain, 800-1900,” an exhibition now running until December at the Asian Civilisations Museum, Singapore, seeks to examine how trade and cultural exchange helped spread forms, styles, and manufacturing technologies illustrated using over 180 artefacts from the museum’s own collection.


The word porcelain originated with the Venetian explorer and merchant Marco Polo (1254-1324), who saw pieces at the court of Kublai Khan and called the material porcellana, the word for a white seashell. It soon became the standard term in Europe to describe the glazed ceramics.

Porcelains were first made in kilns in China during the Tang dynasty (618-907), and the exhibition includes some of those earlier examples, part of a 9th-century shipwreck discovered in 1998 in the shallow water near Belitung Island in the Java Sea – items from the wreck of this Arab merchant ship heavily laden with Chinese ceramics, gold, silver, and other precious objects from Tang dynasty were acquired by Singapore in 2005 for a reported $32 million. “The exhibition provides a sneak preview of the Tang Cargo permanent gallery that will be opening at the museum last year in the museum’s former library,” notes Clement Onn, curator at ACM.

While Tang Dynasty (618-907) ceramics are often recognizable for their use of bright yellow, green, and white glazes (the lead-glazed Sancai or "three-color" ware) or bluish-green glaze (celadon), the Song Dynasty (960-1279) ceramics are characterised by their monochromatic glazes, sometime with a splash technique that can make it look very contemporary.

With the rise of the Yuan Dynasty (1279-1368 AD), a change of taste occurred once again with a huge explosion of blue and white porcelain, which was perfected during the Ming Dynasty (1368-1644). Underlining the importance of trade at the time, the exhibition presents a large dish with Arabic inscriptions (16th or 17th century), that would have been produced for the communal dining habits common in Java and Sumatra, as well as a series of mukozuke (“placed to the side” in Japanese) porcelain dishes from Jingdezehn (1621-1627) that are shaped like pigs and would have been made for a Japanese tea ceremony.

When Chinese exports were restricted during the early Ming dynasty, northern Vietnamese makers entered the market and, using cobalt pigment, created their own version of blue and white wares unique in Southeast Asia. “Initially, Vietnamese potters tried to imitate the Chinese blue and white porcelain, but as they progressed they started to create their own designs,” Onn explains. On show is a large jar from northern Vietnam, circa 15th century, showing various types of fish including a makara – the mythical aquatic beast commonly found in Southeast Asian art. “The Vietnamese clay lacked the silicates of Chinese clay and as a result the white is more milky and opaque than Chinese clay,” Onn explains, “but when you look at this jar, it really symbolizes how they’ve already moved on from copying the Chinese, even if it remains you of early Ming pattern. There are spiral designs that you see a lot in the Vietnamese courtly ceramics and the fishes themselves are very ‘unchinese’.”

The exhibition also presents numerous examples of Qing Dynasty (1644-1911) porcelain, which was enriched with the innovation of five-colored wares. There are plenty of examples of porcelains created especially for a European market, such as pair of powder blue glazed mounted jars heavily decorated with gilded bronze mounts of a winged dragon twisting (circa 1745–49), a tureen shaped as the head of a boar (very popular in Europe in the second half of the 18th century), and a lavishly decorated plate with armorial décor for Britain.

There are also a few examples of Japanese porcelains that were developed when China stopped trading during the Qing dynasty.

One of the highlights of the exhibition is a Chinese porcelain horse, dating from 1661–1722, with two lacquer bowls from Japan, 17th century (Edo period)  and gilded bronze mounts probably made in France, 1770s: this Rococo fantasy mix of different cultures illustrate the point of the exhibition beautifully.