Dick Lee on the 70s, Disco and Hotpants 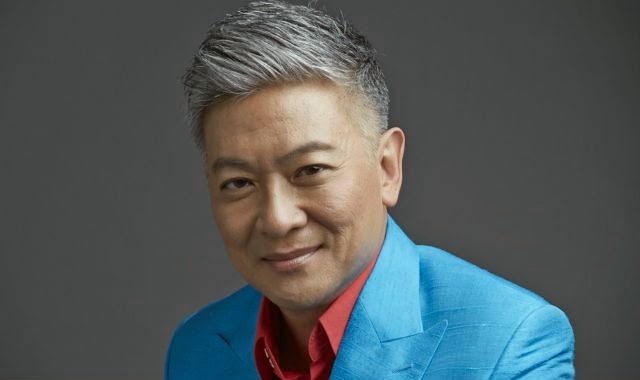 This August, Dick Lee will celebrate the 40th anniversary of his musical career with the revival of his musical comedy, HOTPANTS. The show will take audiences down memory lane — or to a time before they were born — back to the funky 1970s, when he started out in the music business.

The ensemble musical, to run Aug 14‑30 at the Drama Centre Theatre, focuses on three female schoolmates entering an interschool talent competition, an adventure that transforms into an expedition of self-discovery. As the story twists and turns with light-hearted moments and catchy songs, the dysfunctional protagonists stumble their way through a rapidly evolving world, filled with new pop music and changing moral standards. I talked to the creator and director of the musical.


So did you wear hotpants in the 70s?
I once wore a pair of red shorts for a concert tour in Japan, but on viewing the first night's video, I realized that the red lighting made me look as if I was not wearing any pants! I changed to black trousers immediately.
What do you remember of the Singapore in the 70s?
I basically divide the ‘70s into two parts: before and during Disco. The before part was when I was in school (St Joseph’s Institution on Bras Basah Road, where there was lots of interaction with the CHIJ convent across the road), and later doing my National Service (where I joined the Music & Drama Company). It was a tricky time as the government was "cleaning up" the city, by eradicating long hair on men and unfairly associating that look with drugs, which led to the ban on rock concerts. The second half of the 70s was much better; I was choreographing fashion shows, going clubbing non-stop, and finally, studying fashion design in London, when the Punk movement was giving way to the New Romantics.
Favorite music from the 70s?
Early “cheese” like The Carpenters and Bread, to heavy metal bands Deep Purple and Led Zeppelin, to the troubadours Joni Mitchell and Elton John, and eventually Donna Summer and her disco contemporaries.
Favorite film from the period?
I was obsessed with three movies: S.W.A.L.K., The Poseidon Adventure, and Oliver!
When you first created “Hotpants” what did you have in mind?
I wanted to capture the days of “Talentimes” as well as the changes Singapore underwent in the name of modernization.
What is the musical really about?
Families, music, and change.
This is the second staging of the musical. Have you made any changes?
I have removed some songs and added a few more. The direction is tighter, but most importantly, the atmosphere of innocence and charm is retained.