Nan Qi Moves from Dots to a 3D vision 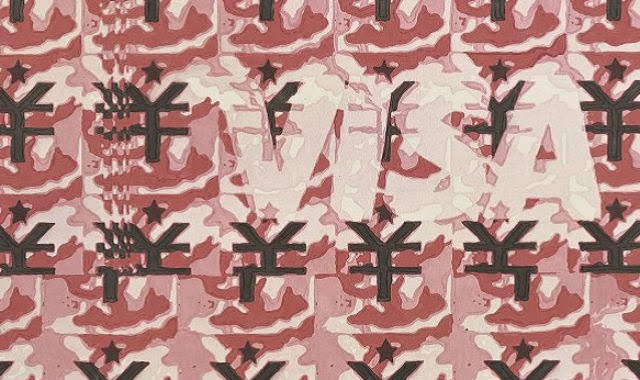 Contemporary Chinese ink painter Nan Qi is better known for his dot series of works, each of which has tackled a major issue, in turn focussing on the environment, sexuality, militarism, and consumption. In his latest solo show, now running at Art Plural Gallery until November 23, the artist is moving into a new direction that aims to create 3-D effect artwork using ink as a medium.

Speaking through an interpreter, Nan explained he has always been interested in experimenting, to challenge the traditional way of using Chinese ink. This latest series is therefore a further development of his continuing experimentation with the medium.

The Beijing-based artist started using layered dots to create his art works in the early 2000s, inspired by Pop Art artist Roy Lichtenstein who used ‘Ben Day dots’ — a technique invented by Benjamin Day in 1879 for printing to convey tone, shading, and form. The dots create effects similar to pixels now seen in low-resolution digital images. But he’s also quick to point out that Chinese ink also has a tradition of using dots such as during the Song Dynasty when the ink calligrapher Mi Fu (1051–1107) create large wet dots of ink with a flat brush in his free hand ink paintings of misty landscapes. 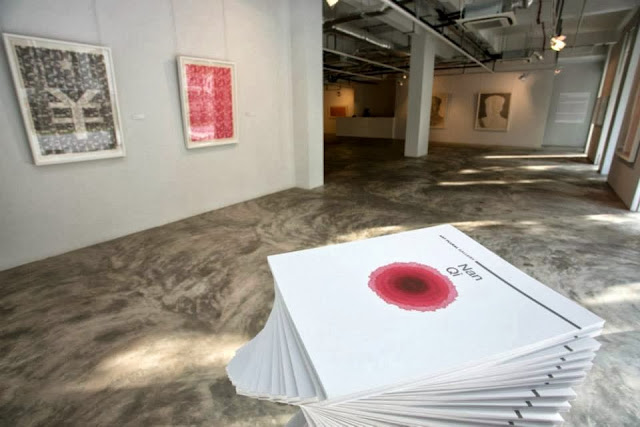 His latest series focuses on the theme of money as he reflects on the use of the Chinese renminbi currency and Visa credit and debit card logo, and incorporates iconography of the camouflage patterns from military uniforms and the Socialist five-pointed star. The renminbi currency symbol is now omnipresent in his work, a comment on the rise of the Chinese consumers on the global scene. The artist also revisits the traditional landscapes on old currency notes, incorporating pencil drawings in this ink work for the first time. 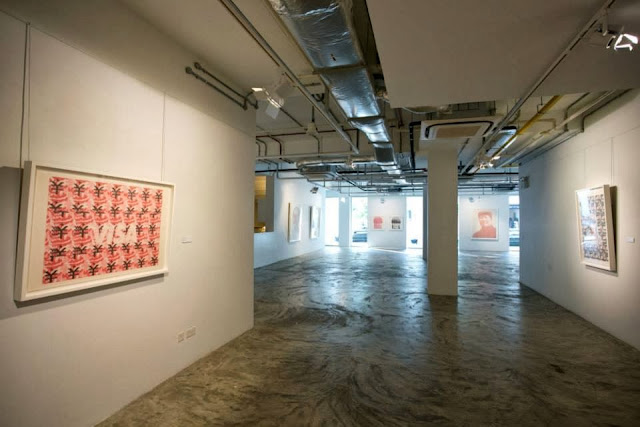 For this series, his brush stroke style has evolved. “I’m actually still doing layers of dots, but merging them all together. The flow of the ink is merging and creating these images,” he explained, adding that he’s trying to create a 3-D effect with the work, still inspired by the digital world. “You’ve got to come very close to the painting and you’ve got to relax your eyes. Then move away slowly; you’ll start seeing things appearing,” he said.

Embedded in the ink painting of repeated patterns are the floating symbols of money (renminbi sign) and power (red stars).