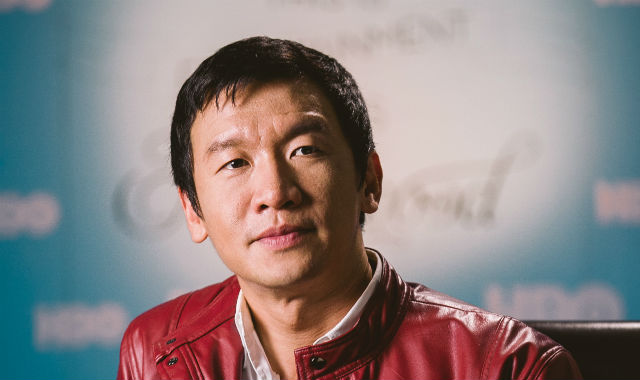 Los Angeles-based, Singaporean actor Chin Han has made a name for himself in Hollywood by playing characters with a ‘shady’ side. In his breakthrough role in “The Dark Knight” he played an accountant handling money for the mob and in Steven Soderbergh’s 2011 “Contagion,” he was the epidemiologist that kidnapped Marion Cotillard. On TV, he has played a murderer in an episode of American science fiction television series “Fringe”and the China envoy with a dark agenda in American military drama “Last Resort.” But for his upcoming film, the Korean production “Final Recipe,” withMichelle Yeoh, Chin Han is playing a ‘good’ guy.


“Final Recipe” is due to premier at the San Sebastian International Film Festival in Spain September 18 to 21. In the movie Chin Han plays a world-renown chef who is the husband of a cooking contest producer, played by Yeoh, but the chef has lost his love for cooking.
Chin Han said he spent five months learning cooking techniques to prepare for the role. “That was a lot of fun and I’ve learned to cook all sorts of things European,” he said, adding he can also do a mean stir-fry.
While he doesn’t mind being cast as a villain because the roles are “more interesting to play,” Chin Han admits he’s ready for something a little bit lighter like a “romantic comedy or… a sex comedy.”
“I really want to be in a romantic comedy. My favorite movies ever are “When Harry Met Sally,” “Love Actually,” and even “Notting Hill,”” he said.
Chin Han was back in Singapore to promote a new HBO series, “Serangoon Road,” where he once again plays a villain. “This character is more archetypal, but at the same time I see him as a cross between Sonny and Michael Corleone in the Godfather. He has all the subtly and inscrutability of someone like Michael, and at the same time he has that ferocity and explosiveness of Sonny. That makes him dangerous,” the actor explained, adding that after growing his hair longer for the role, he couldn’t wait to have it cut to get “rid” of the character.
After working on several productions in Hollywood, Chan Han says he enjoyed working on the TV serial because it was “intimate and communal.”
Chin Han will be appearing in the sequel of “Captain America,” “Winter Soldier,” which will premiere in April 2014. “It’s very hard for me to say anything, because I’m literally bound by contract not to speak about it. But I got to act with my childhood idol, Robert Redford and that’s a gift in itself. He’s amazing, he’s in his 70s but he is a good looking man!” he laughed.