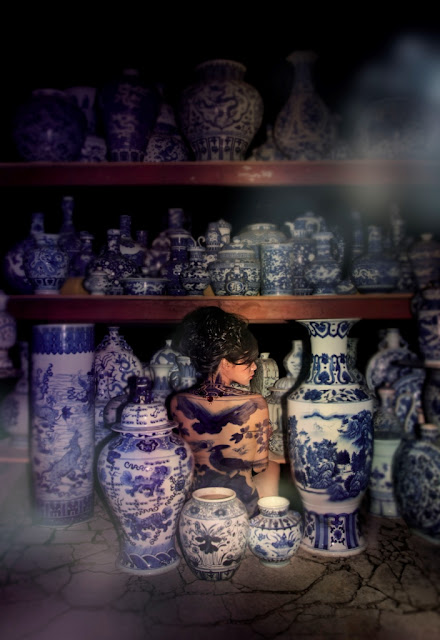 From a photo essay of a Chinese miner’s last days having breathing difficulties after too much time under poor working conditions, to playful, multi-coloured explorations of Singapore identity, this year's ICON de Martell Cordon Bleu award covers a great range of styles and subject matter.

To see the works by the nominated photographers — Alecia Neo, Darren Soh, Dawn Ng, Liana Yang, Ore Huiying, Sarah Choo Jing, Sim Chi Yin, and Tan Ngiap Heng —head down to Screening Room at Ann Siang Hill on August 23 and 29, and September 4. The show will move to Chan Hampe Galleries at the Raffles Hotel from September 6 to 15.


This year’s entries are presented in a multimedia format with the images by the eight nominated photographers, curated and edited into a video composition.

The photographers’ works include Beijing-based Sim's extremely moving and powerful photo-reportage of exploited Chinese workers, Soh’s reflections on Singapore’s ever-changing architecture and landscape, and multimedia artist Jing’s exuberant explorations of space and time. The winner will be announced on Sep 12 and that person will receive a $30,000 cash prize.

Khoo added that the photographers were selected based on the strength of their portfolio and their artistic vision.

This year’s entries are presented in a multimedia format with the images by the eight nominated photographers, curated and edited into video composition. Public cinematic screenings of the works will take place at Screening Room at Ann Siang Hill on August 23 and 29, and September 4, before moving to Chan Hampe Galleries at the Raffles Hotel September 6 to 15.

The public can also play an active part in the voting online for the Eternal Discovery Prize, an award that is part of the ICON de Martell Cordon Bleu. The winner of this prize, based on the number of online votes cast, will receive S$1,000 and a bottle of Martell Cordon Bleu.