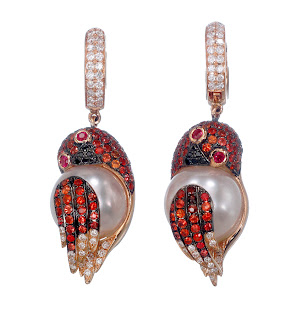 An interview with Sara Taseer

Hailing from Pakistan, Sara Taseer has been designing one-of-a kind jewelry piece since 2000, first selling to a select list of private clientele that appreciated her bold designs and had an eye for exquisite diamonds, before setting up her brand Sara Taseer Fine Jewellery in 2007.

While the trained gemologist has always favored diamonds and precious stones, she has become better known of late for her work with pearls as she has released several collections that use baroque pearls. 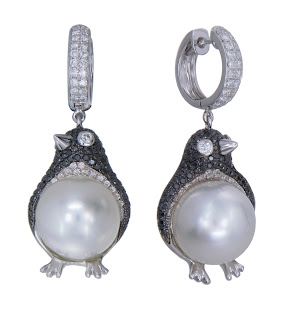 “I love to work around the shape of a baroque pearl, they are each one of a kind and you can be very artistic with them,” she explains, adding “I started with diamonds and I still use a lot of them, but living in Asia I started to understand and appreciate pearls much more. I also found there weren’t any local designers really working with pearls, and most designs using them seem to be dating from 500 years ago, Queen Elizabeth I style, very ageing. I thought no real design was being done around here with pearls to make them contemporary, young, and sexy.” 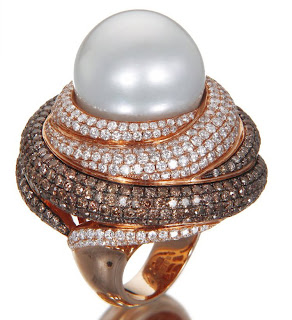 Though Taseer works with round pearls from Japan, she favors baroque pearls from the Pacific and the Philippines for their more unique shape, which she also sees as a sign of bespoke jewelry. “My jewelries are quite luxurious and ostentatious, so I tend to use quite large-sized pearls, and that also helps maintain an exclusivity for the brand,” she said.

The designer hails from a high-profile liberal political and business family in Pakistan. Her father, Salman Taseer, was the governor of Punjab when he was assassinated in 2011 by his bodyguard, and her brother Shahbaz Taseer was kidnapped in Lahore by unidentified gunmen in August 2011. 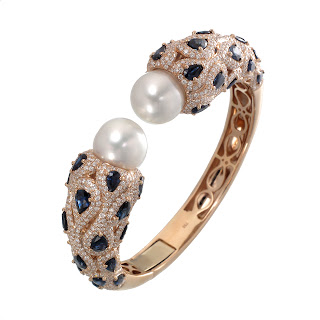 An economist by training, Taseer started off as a banker, but changed career 13 years ago when she also started a family. At the time, living in New York city with her husband who is a banker, she started designing bespoke diamond pieces for a high-net-worth clientele, while also showing her work in her native Pakistan before setting up her eponymous brand there in 2007. “My father was a very well established businessman at the time, so it was very easy to set up there immediately and get a clientele,” the trained gemologist recalls.

After a 5-year stop in Hong Kong, she moved to Singapore in 2010 and opened a boutique at Raffles Hotel, before relocating to the Hilton Hotel in 2011. In addition to the Hilton boutique on Singapore’s main shopping, she holds private showings regularly throughout the year in Malaysia and Indonesia to clients who number members of royal families, prominent socialites, and business leaders. 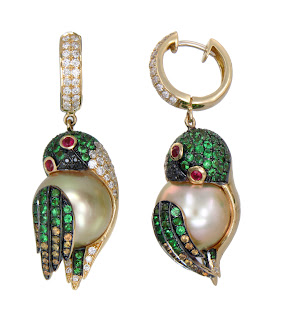 aseer says she works very “organically” with flowing designs around the pearls, which she then encrusts with gemstones and diamonds.

This spring, the designer has produced several collections celebrating the beauty of pearls. This Fruits De Mer collection matches pearls with gem stones and diamonds, while her new Jardin Animaux line creates quirky pandas, love birds, penguins, and swans out of pearls.