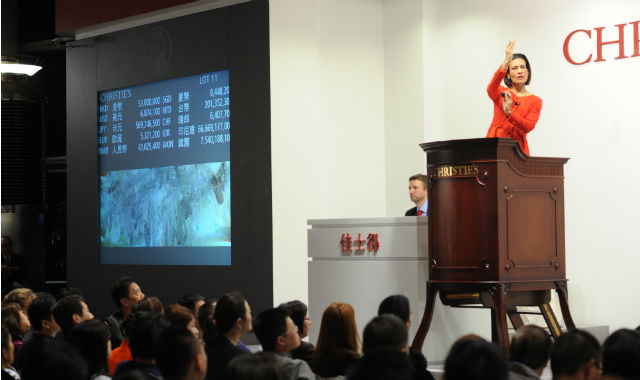 The sale realized $54.52 million, sold in excess of 87% by lot and 95% by value. Chu Teh-Chun had four paintings in the top 10 lots of the auction, while Zeng Fanzhi and Zao Wou-Ki had both two paintings in these top lots.

Eric Chang, International Director of Asian 20th Century & Contemporary Art, said there were buyers from Asia, Europe and the Middle East, which demonstrates the increasing diversity and depth of this collecting market.

Among the 39 lots sold, 11 sold in excess of HK$10 million (US$1.29 million), and two thirds of the total number of lots sold for over the high estimate.