It will be auctions galore for art collectors in Singapore this week, with two sales (33 Auction and Masterpiece Auction House) and two previews (Christie’s and Bonhams) taking place around the same time.


Singapore-based 33 Auction will hold its Modern and Contemporary Asian Art Auction on 3rd November at the Grand Hyatt Singapore with one hundred and fifty works by Asian artists on offer worth an estimated US$2-3 million, while Indonesian auction house Masterpiece Auction House will hold an auction of Southeast Asian modern and contemporary art on 4th November at the Sheraton Towers. 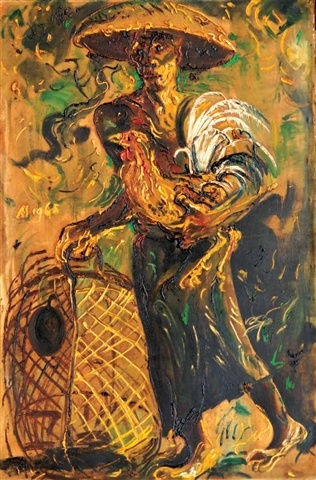 Highlights of the 33 Auction sale includes Bebotoh Ayam (Man with Fighting Cockerel), a 1965 oil on canvas by Affandi in his typical swirling impasto style which was formerly in the collection of Marsekal Madya TNI H. Boediardjo, Indonesia’s Minister of Communication and Information, 1968-1973; Srihadi Soedarsono’s 2008 Harmonious Dialog ‑ Beauty of the Soul along with one of his early works, Wayang Golek (dated 1966) which depicts folk art puppets in semi-abstract forms. 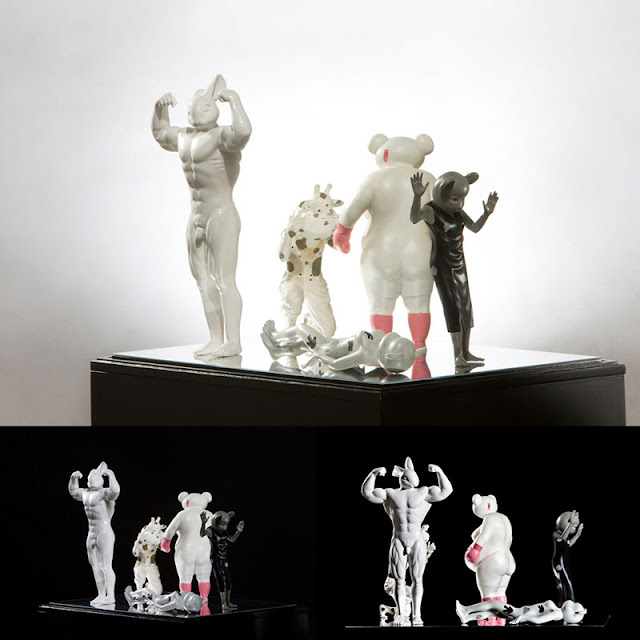 A unique set of small figurine mutants by Filipino Ronald Ventura, Zoomanities Gathering, is also set to attract a lot of attention from collectors.

33 Auction will also offer a number of works by Singaporean artists, ranging from the first generation artists (Cheong Soo Pieng, Chen Wen Hsi, and Liu Kang) to second generation artists (Chua Mia Tee, Lim Tze Peng, and Choo Keng Kwang), as well as younger Singaporean artists (Jimmy Ong, Justin Lee, and Ruben Pang). Works by local artists will make up close to 20% of the lots, which is a relatively high percentage and suggests growing interest in Singapore’s own artist community. 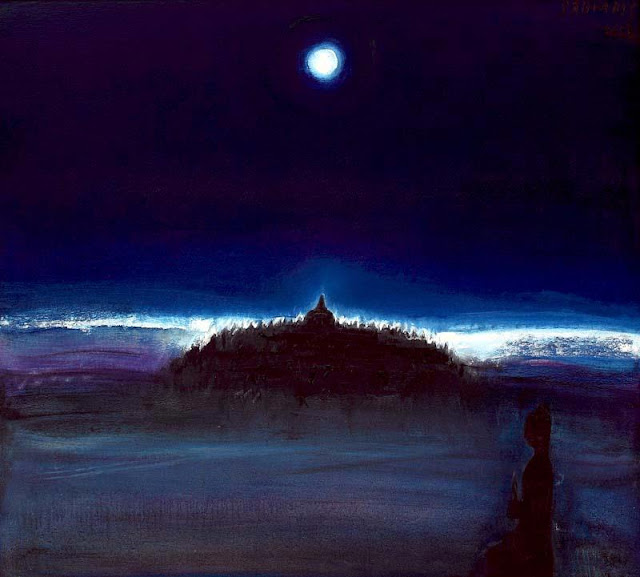 Meanwhile, Masterpiece Auction House’s 170-lot sale will be heavily skewed toward Indonesian art. Amongst the highlights are a beautifully colored oil on canvas by Srihadi Soedarsono, Borobudur ‑ Moment of Meditation (2008), along with an expressionist landscapes by Hendra Gunawan, Pohon Tua di Tepi Pantai, (1974) and a painting of gold fish by Lee Man Fong, titled Glowing Silhouette.

The two auctions are timed to coincide with the previews of Christie’s Hong Kong autumn sales, as well as Bonhams’ Hong Kong 2012 Autumn Auctions (Nov 21-24).

Christie’s HK preview will take place at the ArtScience Museum, 2 to 4 November

AS first published in ARTINFO.COM