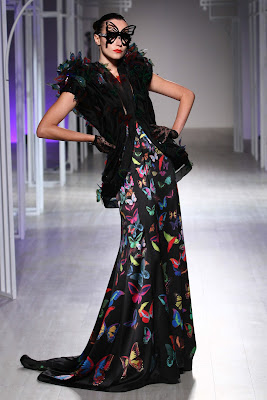 Korean designer Lie Sang Bong presented Thursday his first ever couture collection inspired by the theme of transformation. He used whimsical butterflies as an expression of new beginning and hope and they could be found in applique, resting on top of a shoulder or around the entire bodice of a dress, whirling around in stunning prints, and even embedded in the structural constructions. 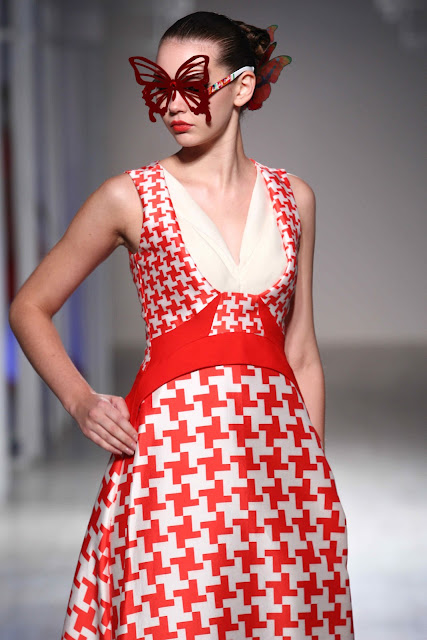 Lie has been called the “McQueen of Korea” - a label that used to annoy him but he now embraces as “flattering” - and previously designed one-of-a kind outfits for celebrities including Lady Gaga and Beyoncé, but this was the first time he has presented a full couture collection. 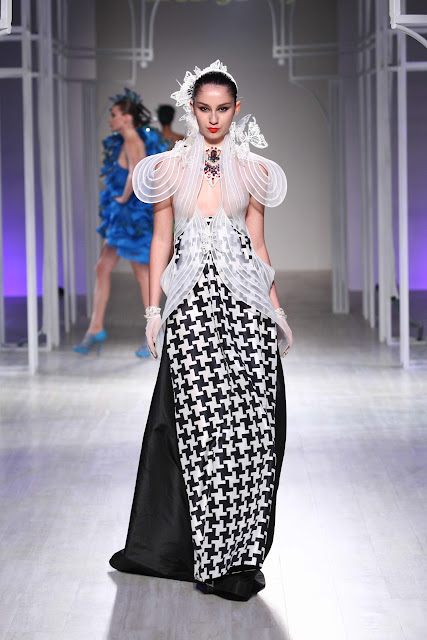 The collection was especially designed for the opening night of the Siam Paragon Bangkok Couture Week, a four-day event dedicated to Asian haute couture.

Maybe inspired by his dream to start presenting couture in Paris “soon,” the collection was titled “I can believe I can fly” and mixed clean-cut daywear inspired by the 1960s with his distinctive constructed shoulders, elegant evening dresses, and a few showpiece creations full of applique butterflies in rhodoid. Along with the butterflies, a large houndstooth pattern contrasted about a single color block was a recurring feature in many pieces. 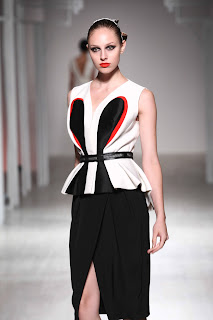 As published on ARTINFO