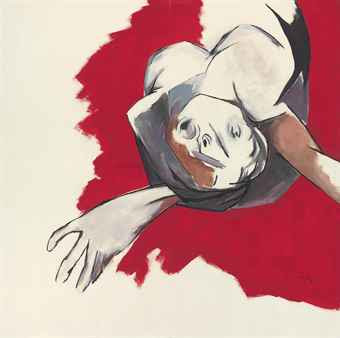 Christie's NY will hold its Fall sale of South Asian Modern + Contemporary Art on Sep 12 . Highlighting the modern works from the sale is the historically significant Untitled (Falling Figure) by Tyeb Mehta. The striking scene derives from a traumatic experience in his youth, when he witnessed the violent death of a man during the Partition Riots of 1947.

Untitled (Falling Figure) served as the central backdrop for the Artists Against Communalism twelve hour cultural sit-in in Bombay on 14 March 1992 and was created as a didactic icon used for a uniquely socio-political purpose. The painting has been credited with helping to raise consciousness against communal violence. It became the banner under which artists communed in creative unity. 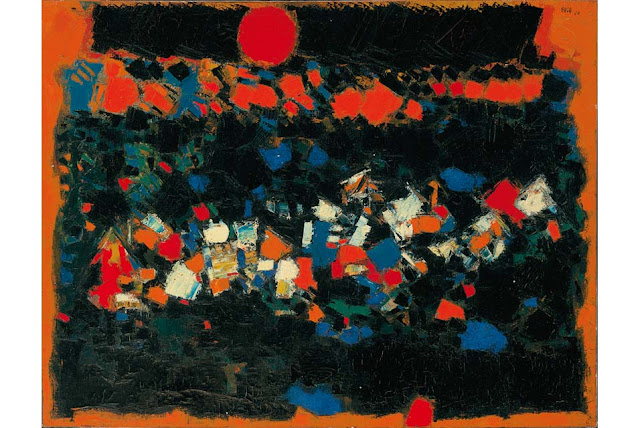 Syed Haider Raza’s Red Sun and Black Clouds (ABOVE) was painted in 1960, after the artist had left his native India for France, where he was greatly influenced by the Post-Impressionists. In the work, Raza creates a heightened tension between the brightness of the sun and the opacity of the black clouds that surround it. The expansive forms of Red Sun and Black Clouds offered Raza the opportunity to convey his prodigious command of gesture and color that he had honed over several decades.