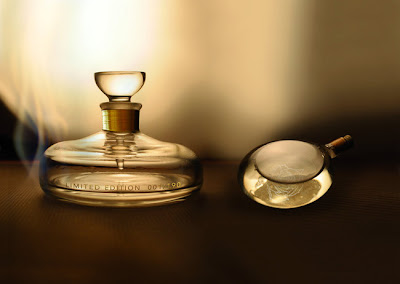 For the past several years, luxury fashion brands have been striking out into haute horlogerie. Now, several Swiss luxury watch houses are fighting back, diversifying into luxury fashion accessories like pens, cufflinks and even mobile phones.
To celebrate its 190th anniversary, the Swiss watchmaker Bovet is releasing its first perfume for women at the Baselworld fair this week. With top notes of blackcurrant buds, magnolia and violets, and middle notes of rose petals, iris, ylang-ylang, jasmine and rosewood bark, the floral scent plays on Bovet’s origins in Fleurier, the village in the Val-de-Travers district of the Swiss Jura that is also known as the valley of a thousand flowers.

The perfume will be sold in a limited edition of 190 handcrafted glass 60-milliliter, or 2-ounce, bottles, as well as a smaller purse flask of 30 milliliters, shaped to recall Bovet’s early pocket watches.
Bovet’s venture into perfumery follows in the footsteps of Omega, which in 2009 released Aqua Terra, a toilet water for men aimed at buyers of the Omega Seamaster Aqua Terra watch collection introduced a year earlier. 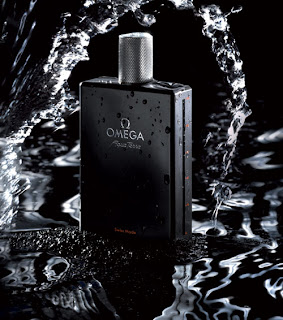 The Aqua Terra watches are characterized by an instantly recognizable “teak concept” dial marked with parallel lines that recall the wooden deck planking of a luxury yacht. The Aqua Terra fragrance, conceived by the Spanish master perfumer Alberto Morillas, catches a masculine, woody aroma to match. Opening on a blend of citrus and herbs (bergamot, grapefruit, tangerine, clary and sage), it carries a longer-lasting note of oak moss, vetiver, patchouli and musk.
“We were a bit playful with the bottle,” Stephen Urquhart, chief executive of Omega, said in an e-mail, referring to the flask’s lateral window, marked with metric and imperial scales to track how much of the fragrance is left in the bottle — a nod and a wink to haute horlogerie’s power reserve indicator, a complication designed to show the level of stored energy in a watch.
The bottle’s cylindrical silver cap is decorated with crosshatching to recall the grip of a watchmaker’s precision tools and is hot-stamped with the seahorse logo from the back of the Seamaster and Speedmaster watches.
Watches remain the center of Omega’s business, Mr. Urquhart said, but the brand is open to the idea of presenting other lifestyle accessories in its boutiques, like fine jewelry and leather, as long as the quality and design are consistent with Omega’s DNA and its values.
However, he added, there are no plans to introduce a women’s fragrance to match its women’s watches.
In 2008, Ulysse Nardin branched out from watchmaking with the introduction of its Chairman cellphone. A luxury Android phone produced in collaboration with SCI Innovations, a pioneer in hybrid cellphone technology, it incorporates a small built-in mechanical rotor at the back to generate kinetic energy that supplies additional power to the phone. On the screen, the user can display an image of a Ulysse Nardin watch for timekeeping purposes.
Last year, Ulysse Nardin turned its attention from the spoken to the written word, teaming up with Visconti, an Italian writing instrument specialist, to present a limited-edition fountain pen inspired by the watchmaker’s craft traditions and design characteristics. 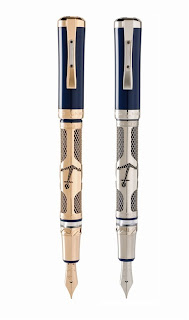 The pen, machined from a block of Ulysse Nardin-blue resin, incorporates a patented system that feeds ink to the nib through three channels and prevents ink leakage during flight, while a bayonet closure system locks the cap in place with a quarter-turn movement. In a gesture to the watchmaker’s marine heritage, the pen comes with a specially designed travel inkwell for easy refilling — perfect for keeping the ship’s log updated in a Force 8 gale at sea.
The company said it had tried to crystallize the brand’s core values — innovation and technical perfection — in the pen.
“Ulysse Nardin’s timepieces are not simply about showing time. They are an expression of a lifestyle,” the brand’s chief executive, Patrik Hoffmann, said in an e-mail. “Just like a mechanical timepiece, a car, cufflinks or a piece of art, a beautifully handcrafted fountain pen expresses a lifestyle.”
The fountain pen’s decoration references the company’s associations with the sailing world, with a fishnet pattern on the barrel and the brand’s stylized anchor motif on both barrel and cap.
Several other Swiss watchmakers, including F.P. Journe, Girard-Perregaux, Hublot and Breguet, have also expanded their product ranges. 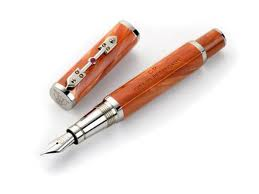 In 2009, Girard-Perregaux linked up with the writing instrument specialist Montegrappa to offer a limited edition of pens inspired by a famous Girard-Perregaux 1945 tourbillon model with three gold bridges. A double-arrow-shaped clip design on the Three Bridge writing instruments referenced a distinctive feature of the watch while three windows in the pen’s body show the ink level — again a nod to the power reserve indicators on the watch. Girard-Perregaux also released a Tourbillon cufflink that reinterpreted details from an 1889 version of its tourbillon watch. 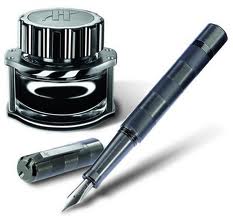 The same year, Hublot introduced a limited edition All Black fountain pen, made in black ceramic and titanium, riffing off the brand’s All Black watch collection and its embrace of fusion themes — gold and ceramic, or titanium and rubber — in watchmaking design. The pen collection is accessorized with an inkwell that echoes the bezel design of the Hublot Big Bang watch.
Ricardo Guadalupe, chief executive of Hublot since the start of the year, when Jean-Claude Biver stepped aside, said in an e-mail that the company was planning to release another pen this year that would again reflect the brand’s exploration of fusion themes. He said Hublot also planned to come out with a new collection of jewelry for men in carbon fiber.
In 2008, François-Paul Journe, an iconic figure among Switzerland’s independent watchmakers, presented his own first collection of writing instruments, a fountain pen and ballpoint set, two years in the making. 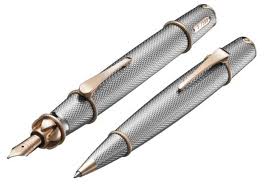 For the pen, Mr. Journe designed a patented system in which the retractable nib is covered not by a classic cap but by six petal-like hinged flanges that open and close to disclose or protect it. The barrels of both instruments are decorated entirely in hand-engraved guilloché work and the collection is complemented by matching cufflinks inspired by the folding clasp of F.P. Journe’s watch bracelets.
This story was first published in the
IHT on Mar 9, 2012