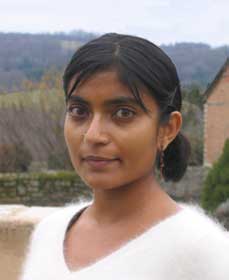 Rolex has announced the first round of finalists for the Literature, Theatre and Visual categories of its Mentor and Protégé Arts Initiative, and there is only one Asian on the list: the Malaysian-born, US-based author Preeta Samarasan.

Samarasan's debut novel, Evening is the Whole Day (2008), received extensive international praise, winning the Hopwood Novel Award, as well as being long-listed for the Orange Prize for Fiction. It was also a finalist for the Commonwealth Writers Prize.


Chosen from among 58 nominees around the globe, the 11 finalists are currently being interviewed by the Mentors (Margaret Atwood, Patrice Chéreau, and William Kentridge), each of whom will select one of them as Protégé for a year of "creative exchange and collaboration."

The finalists for the programme’s three other disciplines – dance, film and music, will be announced in March. The Mentors in those categories will be Lin Hwai-Min, Walter Murch, and Gilberto Gil, respectively.