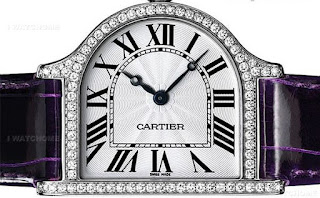 The Prince of Wales Albert Edward, who was to become King Edward VII, once described Cartier as the “Jeweller to Kings, King of Jewellers” commissioning the company to make 27 diadems for his coronation in 1902. Over its 164-year history, the French jeweller has enjoyed the patronage of many generations of British Royals, including the Queen Mother, who in 1936 commissioned the Halo tiara worn by the Duchess of Cambridge at her wedding to Prince William. One of Cartier’s most famous patrons, the Duchess of Windsor, owned some of the jeweller’s most famous designs, such as an onyx and diamond panther bracelet designer by Jeanne Toussaint.


Perhaps less well known is the brand’s similarly long watchmaking history. “What many people are not aware of is that Cartier always had watchmaking in the heart of its activities. Since the 19th century, Cartier has been creating horological marvels that became icons in the world of prestigious watchmaking,” says Christopher Kilaniotis, Managing Director of Cartier Singapore.
Cartier Time Art, a travelling exhibition that will open later this month at the ArtScience Museum at Marina Bay Sands, promises to take visitors back in time, offering a unique opportunity to the public to discover the secrets and stories behind some of the brand’s most iconic timepieces. It will showcase over 120 historical timepieces from the Cartier Collection along with Cartier’s latest technological advancements, including the Cartier ID One watch, which offers a glimpse into the watchmaking future at Cartier. 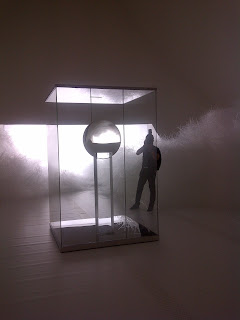 Pierre Rainero, Artistic, Image and Strategy Director for Cartier, says this is the largest collection of Cartier timepieces ever publicly displayed. “With the exhibition we wanted to show the continuity of our philosophy. As far back as 1898, Louis Cartier started to completely internalize the design of Cartier’s jewellery and watches by establishing a studio of designers. This exhibition shows the continuity the Maison has had in terms of exacting standards and how every mechanical objects is a pretext to create something aesthetically pleasing and within the Cartier style,” Rainero explains.
All the pieces in the exhibition come from the Cartier Collection, started in 1983 by Robert Hocq, then Chairman of Cartier Paris, and the collection today has nearly 1,400 pieces, including 400 timepieces. 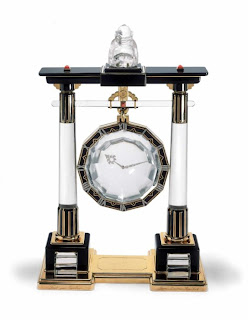 Cartier’s watchmaking story began in 1853 when the Cartier Maison started selling pocket watches from its first boutique in Rue Neuve-des-Petis-Champs, Paris. One of the earliest time pieces is on display in the exhibition; the chatelaine-watch in yellow gold, pink gold, enamel and pearls, created in 1874, would have been worn at the level of the waist, explains Rainero. 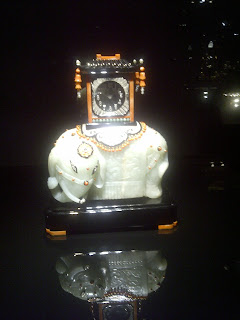 Wristwatches started to appear in the late 19th century. But they were considered effeminate and were mostly worn by women as additions to ornamental bracelets. Louis Cartier played a key role popularizing the wristwatch for men in the early 20th century, when he designed the Santos for the Brazilian aviator Alberto Santos-Dumont who had complained how difficult it was to time his performance inflight with his pocket watch and had asked Cartier to come up with an alternative that would allow him to keep both hands on the controls.
The Santos’s square shape with rounded corner was a radical stylistic departure at a time when circular watches dominated, and it coincided with a move toward more geometrical jewellery.
Two years later, Cartier designed its first large scale production of watches, the barrelled shape Tonneau, using Roman numerals on a guilloche dial along with a cabochon on the winding crown. These three elements would become signature elements for the brand’s watches, says Rainero. 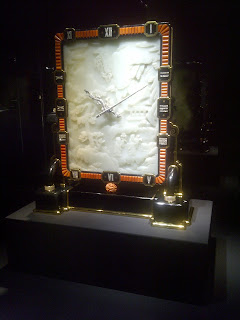 The 1910s-1930s proved an extremely fruitful period for Cartier’s iconic designs, with the release of the Tortue and the oval Baignoire in 1912, the Tank in 1917 – initially inspired by the early armoured tanks of World War I – and the stirrup-shaped Cloche in 1923. These iconic designs spawned numerous variations such as the Tank Chinoise in 1922 and the Asymmetrical Tank in 1936.
The exhibition also presents twelve Mystery Clocks, so called because their hands appear to be floating over a transparent dial – the design is first credited to Jean-Eugene Robert-Houdin, one of the greatest illusionists of the 19th century who also applied his love of optical tricks to clock making. Cartier’s collaboration with legendary clockmaker Maurice Couet brought the “Mystery” clocks to a new level of craftsmanship. 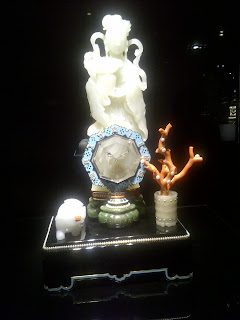 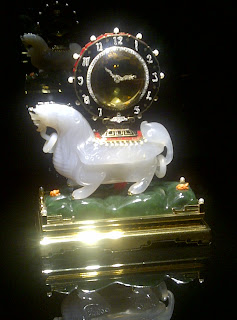 On display at the ArtScience Museum will be several clocks inspired by the orient, such as the Elephant Mystery Clock (1928), where a pagoda-like clock is set on the back of a jade elephant and the Chimera Mystery clock (1926), where a round clock seems to delicately balance on the top of an agate chimera of Chinese origin.
Cartier Time Art will run at the ArtScience museum from 14 December 2011 to 12 February 2012