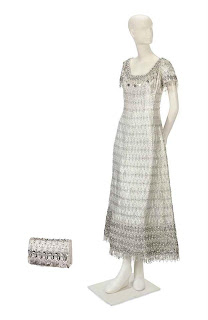 Day two of The Collection of Elizabeth Taylor saw The Icon & Her Haute Couture Evening Sale realized $2.6 million, with again 100 percent of the lots sold. This black-tie auction comprised 67 of Taylor’s most iconic looks - featuring fashion and accessories collected over five decades with scores of museum-quality treasures. The sale opened with an announcement that the Elizabeth Taylor Trust would donate Taylor’s sunflower yellow dress from her first marriage to Richard Burton to a major American museum.  One of the top lot was this 1968 Christian Dior evening gown sold for $362,500 after several minutes of competetive bidding, which she had worn at the annual ball of the Rothschilds. It went to an American museum. 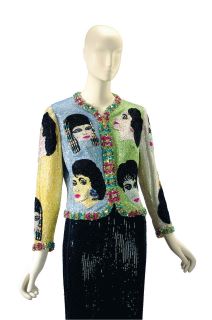 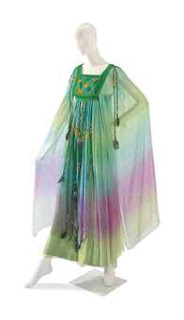 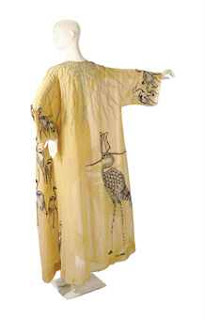 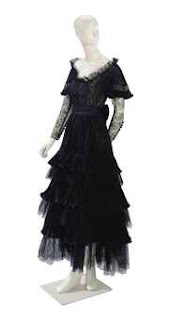 This Valentina black lace stage gown, circa 1971, with tiered skirts of pleated silk taffeta and lace ruffles sold for $62,500.