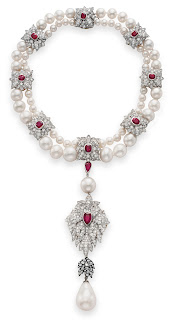 Christmas came early for Christie's New York. The evening sale of Elizabeth Taylor’s Collection of Legendary Jewelry set a world record for the most valuable private collection of jewels at auction raising $115 million, shattering the previous 1987 record, set by the Jewels of the Duchess of Windsor, which totalled $50.3 million. "La Peregrina" (photo above), a rare and historic pearl, inspired a fierce bidding battle. Estimated at $2-3 million, the pearl reached a world auction record price for a pearl at $11.8 million after four and a half minutes of bidding. The pearl, an historic 16th century pear-shaped pearl suspended from a necklace custom-designed for Taylor by Cartier, has been widely heralded as one of Elizabeth Taylor’s most iconic jewels. 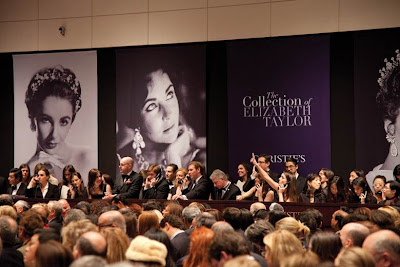 La Peregrina is a remarkable pearl of 203 grains in size – equivalent to 50 carats – that was first discovered in the 1500s in the Gulf of Panama. King Philip II of Spain was among the first recorded owners of the pear-shaped pearl, which later passed on to the Spanish queens Margaret and Elisabeth, who proudly wore the pearl in 17th century portraits painted by Velázquez himself.

Richard Burton famously purchased the pearl for Elizabeth Taylor at auction in 1969 for $37,000, after successfully outbidding a member of the Spanish Royal family. Inspired by a 16th century portrait of Mary Queen of Scots, Taylor later commissioned Cartier to design an exquisite new mount of matched natural pearls and rubies to offset what she called "the most perfect pearl in the world."

At the Christie’s auction on December 13, La Peregrina sold to a client on the phone after competitive bidding involving more than 20 bids. The lot opened at $2 million and quickly jumped to $4 million and on from there, with clients shouting out bids in increments of $1 million or more. Rahul Kadakia, head of jewelry for Christie’s America, took the winning bid. 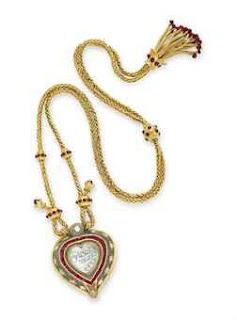 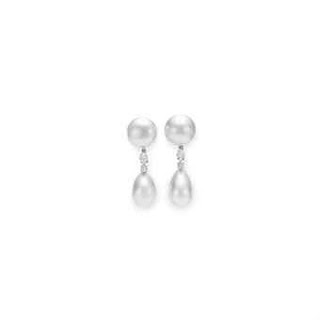 A Pair Of Natural Pearl And Diamond Ear Pendants by Bvlgari set a world auction record for a pair of natural peal ear pendance with $1.98 million. 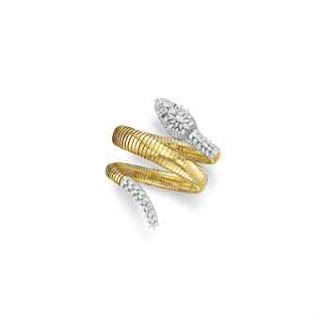 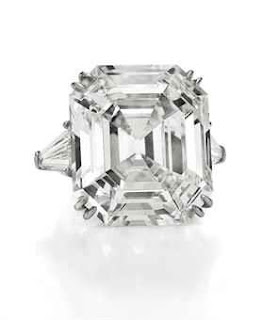 The Taylor Diamond Ring capped off the night with $8.8 million