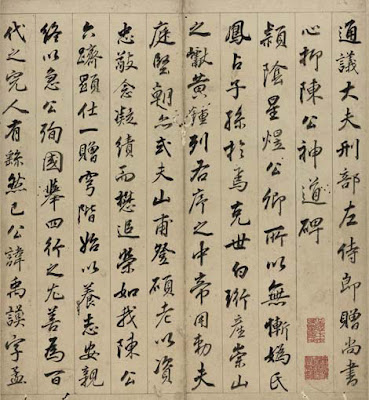 Sotheby’s New York will present Fine Classical Chinese Paintings, the first dedicated New York auction in this category for over a decade. The sale is made up of 80 diverse works from the Ming and Qing dynasties, as well as a small selection of modern and contemporary works that were executed clearly in the classical manner.

The sale is led by Running Script Transcription of an Epitaph, written for Minister Chen Xinyi by Dong Qichang who is known as the most influential artist of his time. The eight-leaf album, which has been expertly kept in its original 1850s mountings, was appraised by its then famed collector Kong Guangtao as “…genuinely stately and thoughtful in spirit, so fluid and elegant as if executed with divine power”. 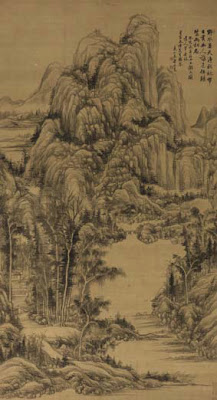 Thatched Hut in Autumnal Mountains by Dong Bangda, who was admired and highly praised by Emperor Qianlong, is another highlight (above). The grandly composed landscape executed on silk conveys such free, refined brushwork that it is conspicuous among the artists repertoire. 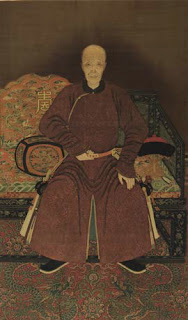 The painter of Seated Portrait of a Prince in Casual Wear remains unknown, but there is no doubt that the extremely finely and gracefully portrayed gentleman was from the imperial lineage, according to Sotheby's. The painting is particularly notable for the level of detail with which the artist has depicted the rug and lacquered throne in the painting.
Auctions Chinese art Sotheby’s