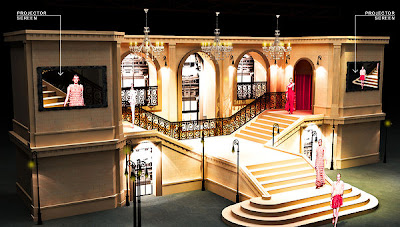 Over the last 10 years, Dr. Georgia Lee, a 42-year-old specialist in skin care and aesthetic medicine here, has built a small collection of couture pieces, including styles from names like Christian Lacroix and Chanel.  But she readily admits she is less familiar with some of the designers who show during the biannual haute couture weeks in Paris, controlled by the Fédération Française de la Couture. Soon she will have the opportunity to learn more.


Frank Cintamani, publisher of luxury magazines and chairman of the Singapore Women’s Fashion Week, to be held for the first time this year, said he decided to create the event after noticing there were only a handful of Asian clients at the autumn 2011 couture shows in Paris in July.

And, as the number of designers creating couture collections has dwindled, he hopes the event also will help to revitalize the sector.

“To be viable again, haute couture needs to expand, find new clients,” he said. “Here in Asia, there is plenty of money, but many do not really understand or appreciate what haute couture really is, because the line has really been blurred in recent years between couture and ready-to-wear.”

According to the Global Wealth 2011 report released in June by Boston Consulting Group, Singapore has the world’s greatest concentration of millionaire households, with 15.5 percent of all households boasting at least $1 million in assets under management. And overall wealth in the Asia-Pacific region, excluding Japan, grew 17.1 percent year over year, almost twice as the global average of 9.4 percent.

Mr. Cintamani says his ultimate objective is to organize a reciprocal event next year in Paris for about eight Asian designers.

“I already have three clients there in Singapore,” said Mr. Rolland, who has about 100 private clients worldwide. “But there are a lot of people that don’t really understand what haute couture is about. So, I believe this event is first an education opportunity.”

The Singapore event will mirror the exclusive feel of the Paris shows as only a limited number of guests will be invited, said Kien M. Lee, director of the women’s fashion week and founder of Senatus, an exclusive social networking and online magazine. And, as a reminder of Paris, organizers are constructing a set inspired by the grand staircase at the Opéra Garnier for the shows, to be held at the Marina Bay Sands’s convention center.

Kelly Sia, who bought four Lacroix outfits for her wedding trousseau in 2007, has the look book for Mr. Rolland’s latest collection but says she would never buy anything based on just a photograph: “Absolutely not when it’s that price. You need to see how it looks on yourself, so I would have to try the sample dress.”

Mr. Rolland, whose last 37-piece collection was dedicated to Asia, says he is interested in the region’s market, partly for the ready-to-wear collection that he intends to introduce soon.

“Singapore interests me a lot because it’s a small platform that is one of the most refined in Asia and which understands luxury,” he said, speaking in French. “I believe ladies in Singapore will be the ones to launch haute couture in Asia. I really believe in that.”

As published in the