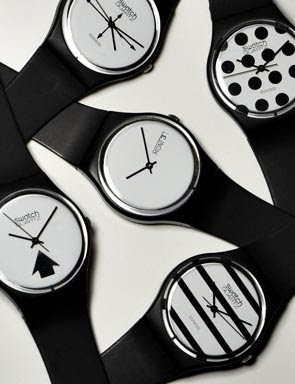 Phillips de Pury will auction a large collection of Swatch watches in Hong Kong on November 24. One of the most complete collections of its kind, this assembly of more than 4,350 items includes a large number of prototypes, hybrids and production variants never offered for sale. Many of the rare prototypes date from the exciting development period immediately prior to commercial release of the first Swatch watches in the early 1980s.

Assembled by the Swiss businessman, Peter Blum and his wife, Linda, the collection contains notable examples of the celebrated relationship between SWATCH and art, including Mimmo Paladino’s famous Oigol Oro; a set comprising Alfred Hofkunst’s Verduhra, Guhrke and Bonjuhr, each watch signed by the artist; and ten unique Swatch watches, including six prototypes, created by Kiki Picasso. American painter Keith Haring’s collaboration with Swatch is represented in the collection by a set of the four production models released in the United States – Modele avec Personnage, Milles Pattes, Serpent and Blanc sur Noir – along with a number of prototypes and variants. 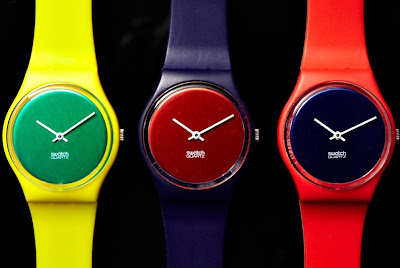 Additional highlights include Swatt Puff, the first (of only 120 pieces produced), Rudolph Moshammer’s Feathers, and a special JellyFish designed and signed by Andrew Logan.