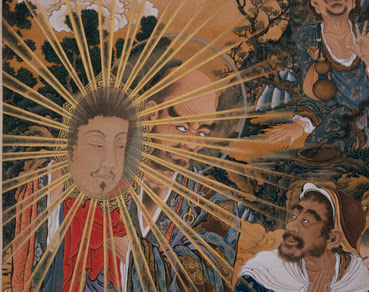 
In "Masters of Mercy: Buddha's Amazing Disciples," Kano Kazunobu's (1816-63) phantasmagoric paintings reflect a popular theme in Edo art: the lives and deeds of the Buddha's legendary 500 disciples. The exhibition will feature selections from Kazunobu's 100-painting series created between 1854 and 1863 for the important Pure Land Buddhist temple, Zōjōji, located in the heart of Edo.

Little known and never before displayed outside Japan, Kazunobu's epic series imagines Buddha's disciples at work in the world, engaged in activities ranging from miraculous acts of compassion to everyday chores, such as washing clothes and caring for animals.

The series was on view for the first time to the modern general public in a widely hailed exhibition held at the Edo-Tokyo Museum in Tokyo last spring. 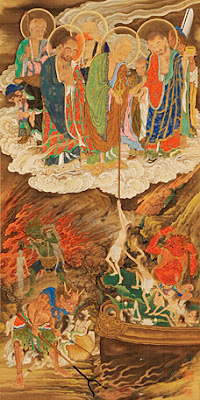 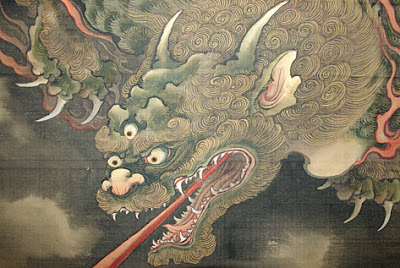 Also opening March 24, will be "Hokusai: Thirty-six Views of Mount Fuji," highlighting Japan's most famous artist, Katsushika Hokusai (1760-1849), and his most acclaimed print series, Thirty-six Views of Mount Fuji, which includes some of the best-known images in world art, including "Beneath the Wave Off Kanagawa" or "The Great Wave" and "South Wind at Clear Dawn" or "Red Fuji." (see previous posts on  him)