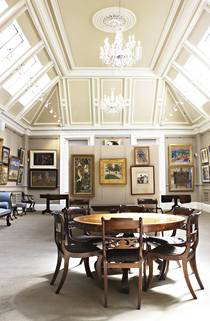 Following the record-breaking £17 million auction of Chinese art, and the unprecedented auctions of Japanese art, held at New Bond Street in May, director of Asian Art Colin Sheaf has rapidly enhanced the Group’s specialist Chinese and Japanese specialist staff in Europe mainly but also in China and Australia.

In Edinburgh, for the first time ever in a Scottish auction house, Bonhams has appointed a full-time Asian expert, Asha Edwards, to co-ordinate enquiries about consigning Chinese and Japanese art to London, Hong Kong and New York, and to increase the size and quality of Edinburgh dedicated Asian art sales.

In Paris, Leonore de Magnée has joined Bonhams as a specialist Asian art business-getter, the first whom the Group has appointed in Europe. This follows the appointment of Xibo Wang as the Chinese specialist based in Bonhams Beijing office; and the appointment of Yvett Klein as Bonhams first full-time Asian specialist in Australia, based at the Sydney auction centre.

“These strategic appointments will give us substantially enhanced abilities to source Asian art for our global auctions, and to develop closer relationships with Chinese clients in some of the most important new markets where Bonhams now successfully operates,” Colin Sheaf said.