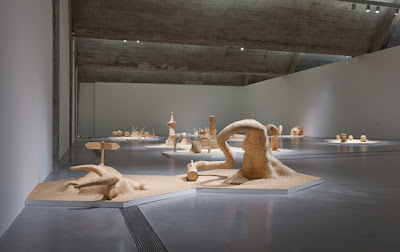 One of China's top experimental artists Qiu Zhijie has a new exhibition, entitled Cell, at Pace Gallery, which explores the concept of cell through its works consisting of unconstrained honeycomb-like units. 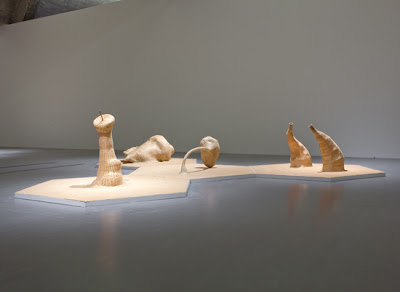 Simple mediums and limitless combinations of the installation are evocative of a cell’s growth.
The work’s simple weaving and growth explore the very possibilities of artistic expression.

Qiu majored in printmaking at the Zhejiang Academy of Fine Arts, Hangzhou and at his graduation show in 1992, he presented a maze-like installation of silk-prints on tall, glass panels. He is now better known for his conceptual multi-media works involving videos, photography and performance.

In his 1997 conceptual piece titled ''Writing 'The Orchid Pavilion' One Thousand Times,'' he videotaped repeated sessions writing the same piece of a well-known calligraphy on the same sheet of paper over a 10-year period. As the layered words dissolved into solid black ink, he perpetuated yet also obliterated the revered cultural icon. 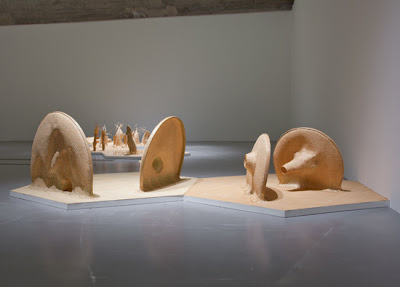 Once described by Beijing-based art critic Karen Smith as the “intellectual dynamo of the contemporary art world in China,” Qiu is well known for fusing traditional Chinese calligraphy with modern media.

In his seminal Tattoo series, started in 1994, he painted Chinese characters on his body and a white background wall behind him as he explored the notion of individuality and invisibility. He has also used light ‘writing’ in many of his photographic works, using an electric torch to write words in the night air that are captured by a digital camera on a prolonged exposure and are then digitally superimposed onto another photograph. The artist calls the process “calli-photo-graphy.” 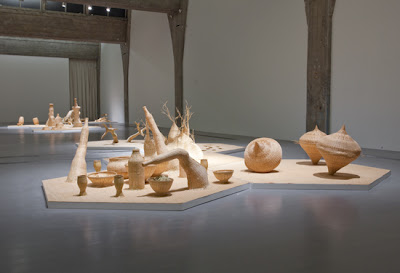