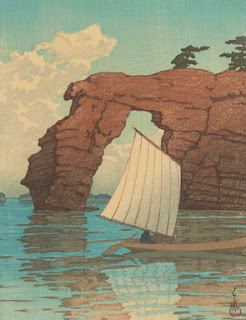 Since ancient times the Bay of Matsushima on the Pacific coast of Japan has been celebrated for its natural beauty. Located at the northern end of Miyagi Prefecture, the coastline curves eastward to form a sheltered bay dotted with more than 260 small picturesque islands covered with pine trees. Literally known as “pine islands,” Matsushima is considered one of Japan’s three most beautiful sites. For centuries poets and artists have journeyed to Matsushima, where they are inspired to interpret the breathtaking landscape in words and images.

On March 11, the most powerful known quake to hit Japan, and a subsequent tsunami, devastated this region. More than fifteen thousand local residents lost their lives, and hundreds of thousands more lost their homes.

Despite its proximity to the epicenter, Matsushima is one of the few places along the Sanriku coast that remained largely intact. Most severely stricken were the areas of Sendai, located to the south of Matsushima, and Rikuzentakata to the north. The islands that stud the natural shelter of the bay acted as a buffer and apparently lessened the full impact of the tsunami’s fury. Zuiganji, the Buddhist temple complex at Matsushima, and much of the surrounding landscape survived. Fishing boats were destroyed and oyster beds were damaged, but locals maintain Matsushima protected their lives 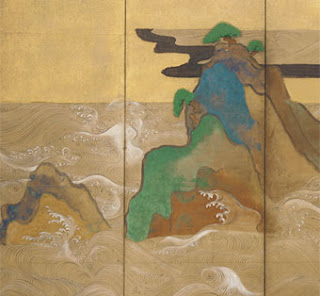 "Waves at Matsushima," on view at the Arthur M. Sackler Gallery through July 5 pays homage to this iconic coastal site. For centuries artists and poets have been drawn to the beauty of Matsushima and its Buddhist temple complex, interpreting the breathtaking landscape in words and images. Their paintings and prints not only record an area now altered by the recent earthquake and tsunami, they also pay homage to Japan, its history and its art, and the resilience of its people and land.

The exhibition features four prints by Kawase Hasui, a painter and print designer who worked to revive traditional Japanese woodblock prints in the early 20th century. Hasui repeatedly depictured the quiet rhythm of life and the cycle of the seasons at Matsushima. His prints present romantic views of Matsushima in the moonlight, fantastical rock formations of Zaimoku Island and snow on the famous Buddhist temple Godaido, which miraculously withstood the tsunami's waves.

Three hundred years earlier, Tawaraya Sotatsu, an artist active in the early 17th century, created pair of screens, also on view, representing waves at Matsushima. The brilliant paintings on this pair of folding screens are considered to be among the masterpieces of the Freer collection, made by one of the Edo period's most talented and innovative artists. 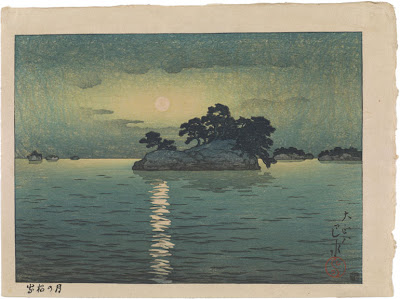