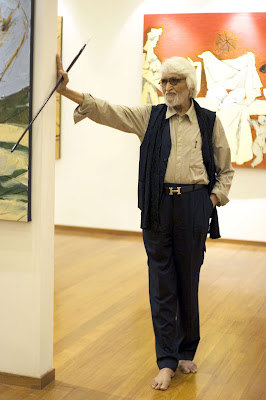 Maqbool Fida Husain, one of India's best-known artists, died of a heart attack at the Royal Brompton Hospital in London on Thursday. He was 96. 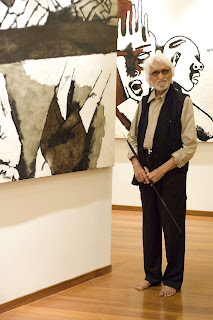 Popularly known as the 'Picasso of India', M.F. Husain had been living in exile since 2006 after receiving from death threats after he had portrayed some Hindu deities in the nude. The works had actually been created in the 70s, but only shown in print in 1996.

Husain began his career by painting billboards for feature films and making furniture designs and toys, to earn a living. When he did take up painting as an art form, however, he returned time and again to his roots, and to themes that blended folk, tribal and mythological art to create vibrantly contemporary, living art forms. Husain rose to preeminence in the 50s, as part of the Progressive Artists’ Group, founded by Francis Newton Souza, which encouraged the embrace of a more avant-garde style of painting breaking away from the nationalist traditions established by the Bengal School of Art.
Some of his best known works are called the Sufi paintings, and were first exhibited at the Pundole Gallery in 1978.

I had the opportunity to talk to him in 2005 and see him work when he came to Singapore for a show at the Arts House, The Lost Continent. I remember his tall figure walking barefoot (and painting extremely fast too!). 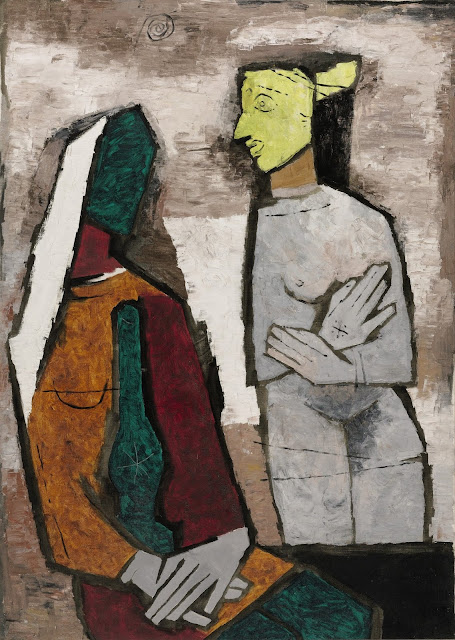