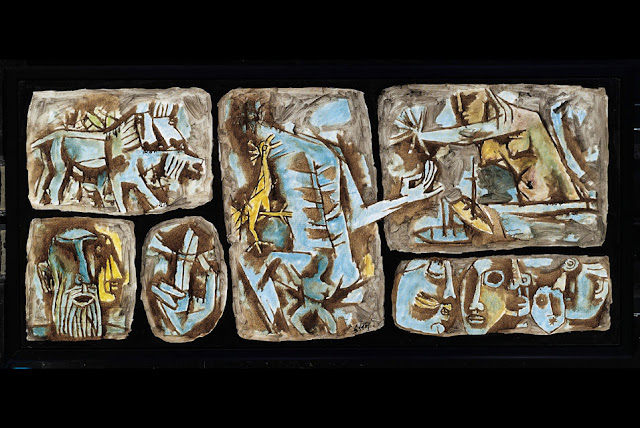 Sotheby’s London announce details of its sale of South Asian Modern and Contemporary Art on May 31, which is expected to fetch in excess of £2.8 million.

One of the highlights of the sale will be Maqbool Fida Husain’s The Sixth Seal, estimated at £400,000-500,000, exemplifies the eclectic balance between Husain’s cubist modern style of painting and Indian traditional sensibility and subject matter. This work, which was formerly in the Collection of Chester and Davida Herwitz , incorporates many of the artist’s most recognisable themes and symbols: traditional forms of ancient Indian miniatures, sculptures, dance and folk art manifest themselves in one painting. The painting is made up of six vignettes a compositional device used by the artist in a number of his early works from the late 1950s and early 1960s.

The sale will also include Subodh Gupta’s Hungry God, estimated at £300,000-400,000. Subodh Gupta's monumental sculpture Hungry God, which was exhibited in Sao Paulo in 2010, is composed of a wavelike mass of stainless steel pans, milk pails and tiffins. These steel utensils have now become iconic symbols of Gupta's work. The artist uses these domestic household objects to comment on the underlying social and economic tensions that arise from India's progressive modernisation. These objects represent familiar features of Indian life which continue to transcend the conflicts between urban and rural existence; wealth and poverty; the religious and the vernacular. 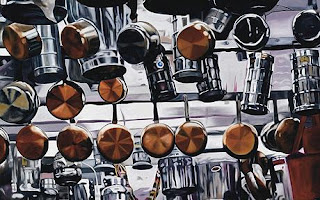 The auction will also feature Gupta’s Untitled, estimated at £120,000-180,000, which was exhibited in The Empire Strikes Back Indian Art Today show at London’s Saatchi Gallery in 2010. Gupta’s preoccupation with ready-made objects from India transcends the boundaries of the mediums with which he works in. In this painting, stainless steel and copper-bottomed pots, pans and tiffins occupy a position of importance. Immaculately painted, these objects are revered by the artist and suggest an air of ambition and prosperity, congruent with India’s flourishing economy.