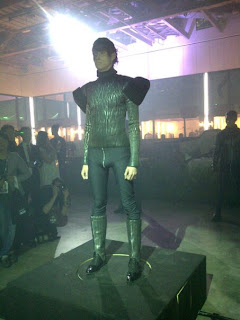 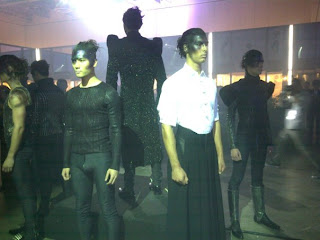 Singapore-British designer Kim Choong-Wilkins presented a strong, highly structured knitwear collection, full of interesting studded details. It had a Mad Max roadwarrior meets Samurai man feel, with exaggerated zipper crotch details, broad shoulders and spikey studded shoes. The dark knitwear, which was made after hours of computer programing, had a luxurious feel with an unusual froisse effect.
After working last on the Menswear collection of Mathew Williamson, the London-based young designer recently launched his own men label, Bodybound, and plans to focus on knitwear as he sees a gap in the market. 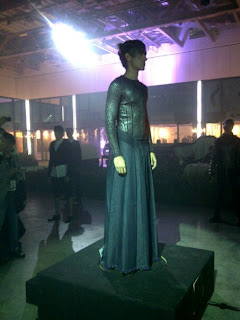