Opening - Treasures from the Forbidden City @ the Met in NY 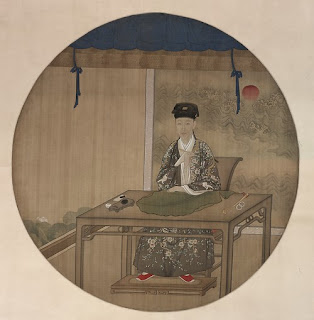 "The Emperor's Private Paradise: Treasures from the Forbidden City" has just opened at the Metropolitan Museum of Art. The show features 90 objects from the 27-building garden sanctuary, built at Emperor Qianlong's request in the northeast corner of Beijing's Forbidden City. 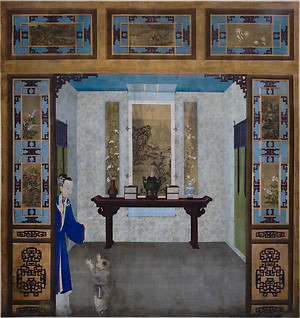 Known as the Qianlong garden, the compound was supposed to be for the emperor's retirement, but he never relinquished the throne and the space remained unoccupied after its 1776 completion. It is made up of separate buildings meant for different activities, such as the "supreme chamber of cultivating harmony," or the "building of luminous clouds," Buddhist shrines, open-air gazebos, sitting rooms, libraries, theatres, and bamboo groves. This secret garden showcased the epitome of late 18th century Chinese skill, as well as various Western influences, such as screens with glass inlaid. The Qianlong Garden was largely abandoned after the last emperor, PuYi, left the Forbidden City in 1924, and the items in it remained unaltered since the end of the Qianlong Emperor’s reign in 1795. In 2001, the Palace Museum in Beijing and the World Monuments Fund (WMF) in New York began the restoration of the Qianlong Garden’s twenty-seven buildings, pavilions, and outdoor elements, including ancient trees and rockeries. Completion of this restoration process is expected in 2019.
Asian Art Chinese art