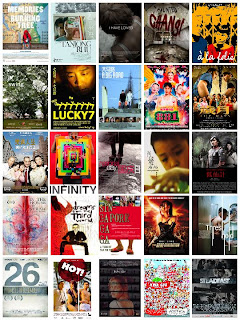 The Substation will showcase 100 film posters from Singaporean short and feature films shot in the last 5 years between Feb 28 abd Mar 6. Titled Mise En SIN, a twist of the often-used cinematic term mise-en-scene, the exhibition will be held in conjunction with the Singapore Short Film Awards 2011, dovetailing with its aims to celebrate the resurgence of the filmmaking movement in Singapore seen in recent years.

Thie exhibition is organised by SINdie, an online site fully dedicated to Singapore independent films and filmmakers. To add colour to the exhibition and screening, SINdie and The Substation have commissioned Neo Chun Teck, Singapore’s last-surviving movie billboard artist, to paint a billboard for the week-long event. Visual artist Ming Wong, who won a Venice Biennale award for his work, Life of Imitation, had previously collaborated with Mr Neo. Admission is free and visitors can take home their favourite posters at a contribution that goes back to the filmmakers.