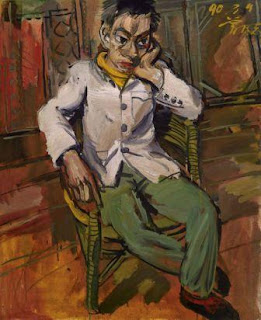 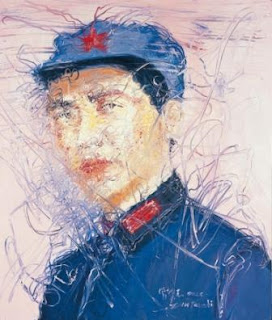 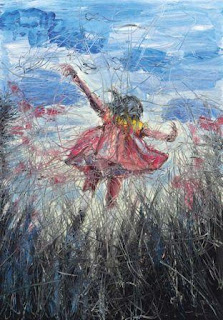 Chinese contemporary artist Zeng Fanzhi appears to be back in favor amongst collectors. His painting a Man in Melancholy sold for $1.33 million, over 6 times its estimate and was the top lot of Christie's Hong Kong Day Sales of Asian Contemporary and Chinese 20th Art. A second painting Little girl (my favorite, although I usually don't like his last "period") sold for $590,000, twice its estimate, while a third painting of his, Chairman Mao, was also amongst the top 10 lots! In total, Christie's sold $29.7 million, bringing the season total for the category to $66 million, an increase of 32% over the same sales last year. Of note was Liu Dahong's The Meeting Hall which set a new record for the artist at HK$2.78million, over 10 times its estimate. In the Chinese 20th Art Day Sale, works from Zao Wou-Ki remain among the most sought-after by collectors, with all of his works offered selling for over their high estimates. These sales bring Christie's Asian Contemporary and Chinese 20th Art grand total for the year to $133 million, giving Christie's 62% market share compared to Sotheby's. 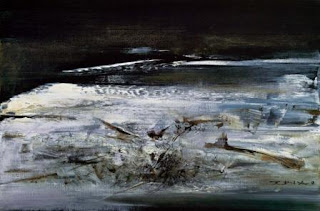