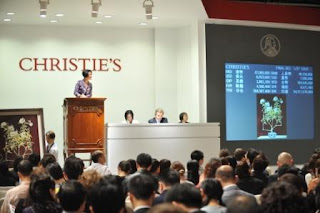 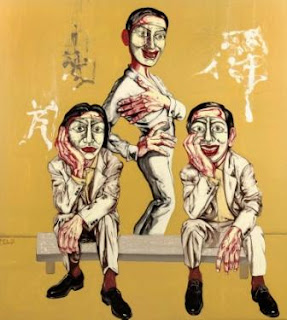 “Potted Chrysanthemum in a Blue and White Jardiniere” by Sanyu broke the artist’s auction record at Christie's HK auction of Asian contemporary and Chinese 20th century art sale. It fetched $6.7 million, with a competition between two phone bidders pushing far beyond its presale estimate. The sale totaled $36,2 million with 84% sold by lot and 78% sold by value.  The lower than expected result was partly due to the failure to sell Cai Guo Qiang’s 32-meter wide “Search for Extraterrestrials” in Chinese ink, smoke and gunpowder on paper. A Zeng Fanzhi's Mask sold for $3.9 million more than double its pre-sale estimate, while Zeo Wou-Ki's Cathedrale et Ses Environs sold for more than twice its estimate at $2.4 million. Wang Guangyi, Zhan Wang, Mao Xuhui, Aya Takano and Tatsuo Miyajima all established new records for their works 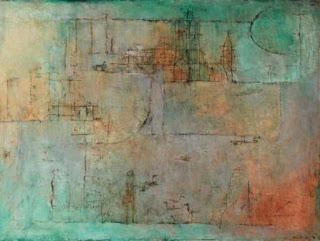