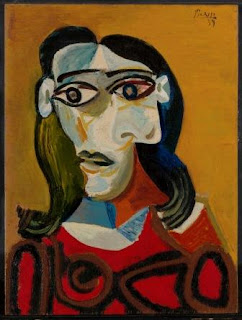 Oh my… Chinese collectors have become so important that Sotheby’s is for the first time doing a major exhibition sale of Impressionist and Modern Masters in Hong Kong on Nov 26-28 The sale, which will be previewed in Beijing Oct 22-25, will comprise approximately20 works representing many of the most important artists active in Europe from the late 19th and early 20th century and who left an indelible impression on art history. The list includes Claude Monet, Pierre-Auguste Renoir, Marc Chagall, Pablo Picasso and Edgar Degas, among others. Asian collectors have historically shown considerable interest in other Sotheby’s selling exhibitions of modern and contemporary sculpture - at Chatsworth House in Derbyshire, UK and Isleworth Country Club in Orlando, Florida, U.S.A. One of the highlights of the sale is Picasso’s Jeune Fille aux Cheveux Noirs (Dora Maar), a striking portrait of Dora Maar completed by the artist in 1939. There is also a beautiful intimate portrait by Pierre Auguste Renoir of his son Claude at play with his nurse.
Auctions Sotheby’s