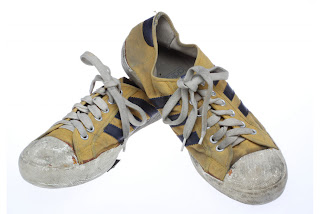 Fancy owning a pair of yellow Adidas shoes worn by Bruce Lee in the 1978 "Game of Death" film or a rare Swarovski crystal glove worn by the King of Pop. Then don't miss Julien's Auctions "Legends" auction on Oct. 9 in Macau. This will be the first time the auction house for entertainment pop culture memorabilia holds an auction in China. One of the highlight of the auction is a burgundy velvet ball gown worn by Princess Diana to a 1989 event at a French Embassy party. There will also be an assortment of pop culture artifacts from block buster films and television shows such as Ghostbusters, The Batman film franchise, etc