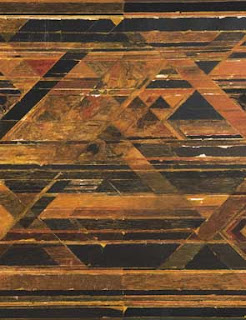 Christie’s willl hold its South Asian Modern + Contemporary Art auction in New York on Sep 15, and the over 100 selected works, ranging from Syed Haider Raza, Francis Newton Souza and Maqbool Fida Husain to Subodh Gupta and Atul Dodiya, are expected to realize in excess of $10 million.
Syed Haider Raza’s La Terre, 1985, (estimate: $2,000,000-2,500,000) leads the sale. A masterpiece which belongs to a key period in the artist’s career, it powerfully integrates vital elements of Raza's Indian heritage. At Christie’s London in June, another of his painting, Saurashtra from the same period and on the same grand scale, made history in the field by becoming the first work to achieve $3.48 million. It set a new world auction record for any Modern Indian work of art. 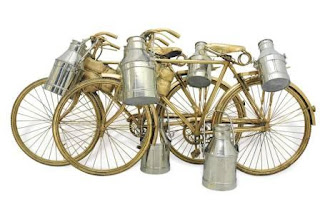 The auction will also feature a remarkable selection of contemporary art with Subodh Gupta’s Two Cows (estimate: $280,000-350,000) a major highlights in the sale. In this work Gupta combines utilitarian objects familiar to both rural and urban echelons of Indian society. Stainless steel containers and the simple bicycle are ubiquitous objects and epitomize the artist’s ability to find tension and irony in the mundane. Atul Dodiya will be represented by various significant works, including Kalki, 2002 (estimate: $180,000-250,000). Choosing the common shop shutter as a medium, Dodiya alludes to India's commercial capital, Mumbai, and carefully juxtaposes images on the shutter and canvas behind to play on the notions of open/closed and private/public to reflect the dynamism of India’s rapidly growing economy.
Asian Art Auctions Christie's Indian art