on August 25, 2010
Christie's Asian Art Week will start on Sep 14 with the sale of Indian and Southeast Asian Art, offering over 200 selected works including bronzes, sculpture, and paintings from Gandhara, the Himalayas, India and Indonesia. Highlights of the sale include an important Gandharan Silver Collection which was acquired in 1979 by Julian Sherrier, a wellknown collector of Gandharan art. 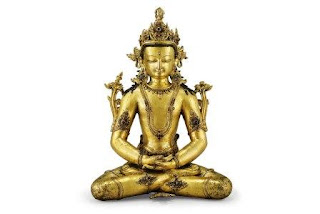 This rare collection includes unique types of silver such as goblets, cups, bowls, medallions, sieves and a ladle dating from late 1st century B.C. to early 1st century A.D. Many have inscriptions giving the owner’s or donor’s names coming from Greek, Scythian, Iranian, and mostly Indian origin.
Most notably this collection offers a view on the exciting exchange of concepts, ideas, and material goods at the crossroads of Asia at the beginning of the modern era. It collection includes a Roman silver kantharos, Gandhara, circa late 1st century B.C. - early 1st century A.D. (estimate: $150,000-250,000). The cast and repoussé cup illustrates the Centauromachy, a mythological tale of Centaurs trying to abduct women from a wedding feast. The cover lot of the catalogue, a silver cup from
Gandhara, circa late 1st century B.C. - early 1st century A.D. (estimate: $50,000-70,000) is a striking silhouette with ribbed walls and is a type known from Taxila, a famous Gandharan archaeological site. 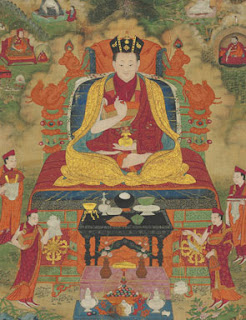